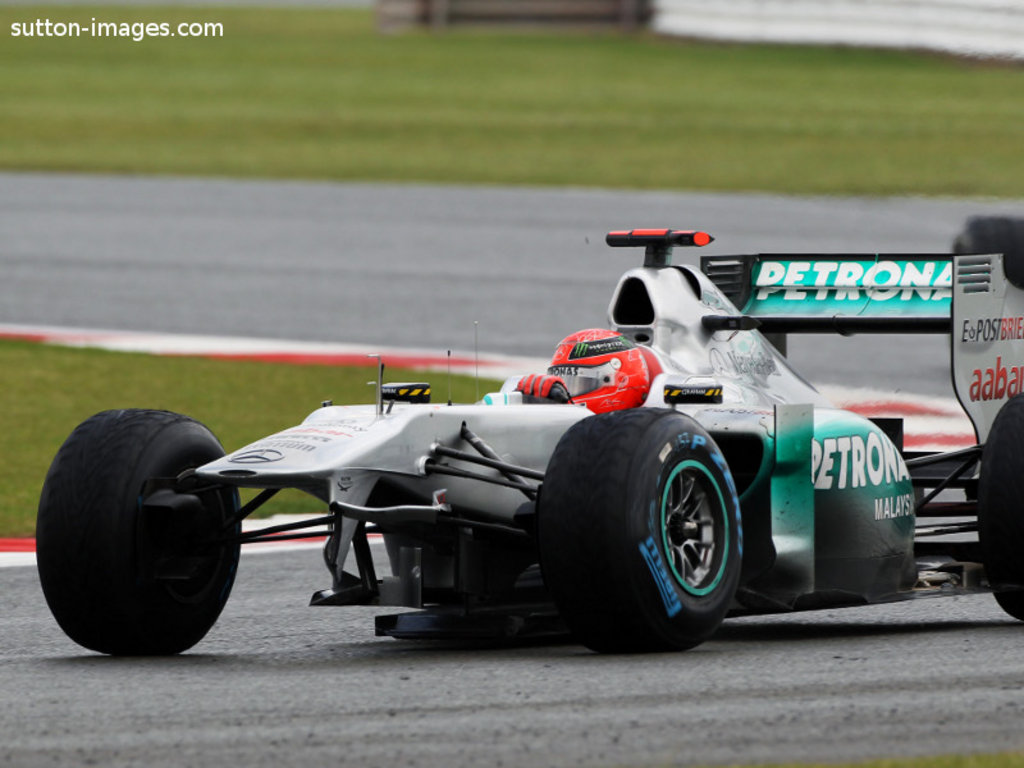 In the wake of yet another collision, Michael Schumacher is adamant he is not unfocused or any different than before…

In the wake of yet another collision, Michael Schumacher is adamant he is not unfocused or any different than before.

The German was handed a ten-second stop-go penalty at the British GP for causing an avoidable accident with Sauber’s Kamui Kobayashi.

The crash, which damaged the nose of Schumacher’s Mercedes GP W02, saw him drop down the order while the subsequent penalty put him even further back.

The seven-time World Champ, though, did fight back to finish in ninth place.

However, his British GP shunt was not Schumacher’s first of the Championship and, unless he finds more speed in qualifying, is unlikely to be his last.

“Each of the collisions this season happened for a different reason,” he told Auto Motor und Sport.

“I am no different than before and certainly not unfocused as shown by my overtaking at the starts and the first laps.

“Unfortunately, certain unexpected situations have resulted in some races. Believe me, I found them unnecessary and would have gladly avoided them.

“I’ve just trying to fight as much as possible to get to the front and for that I must take some risks.”

The German, though, is looking forward to a better showing at home as he heads to the Nurburgring for this weekend’s German GP, hopeful that Mercedes GP’s improving showing in Britain will continue.

“First race with the new exhaust system and the new aero parts was encouraging,” he said. “We were satisfied with our performance.

“Whether this trend continues we will see at our home race at the Nurburgring.”