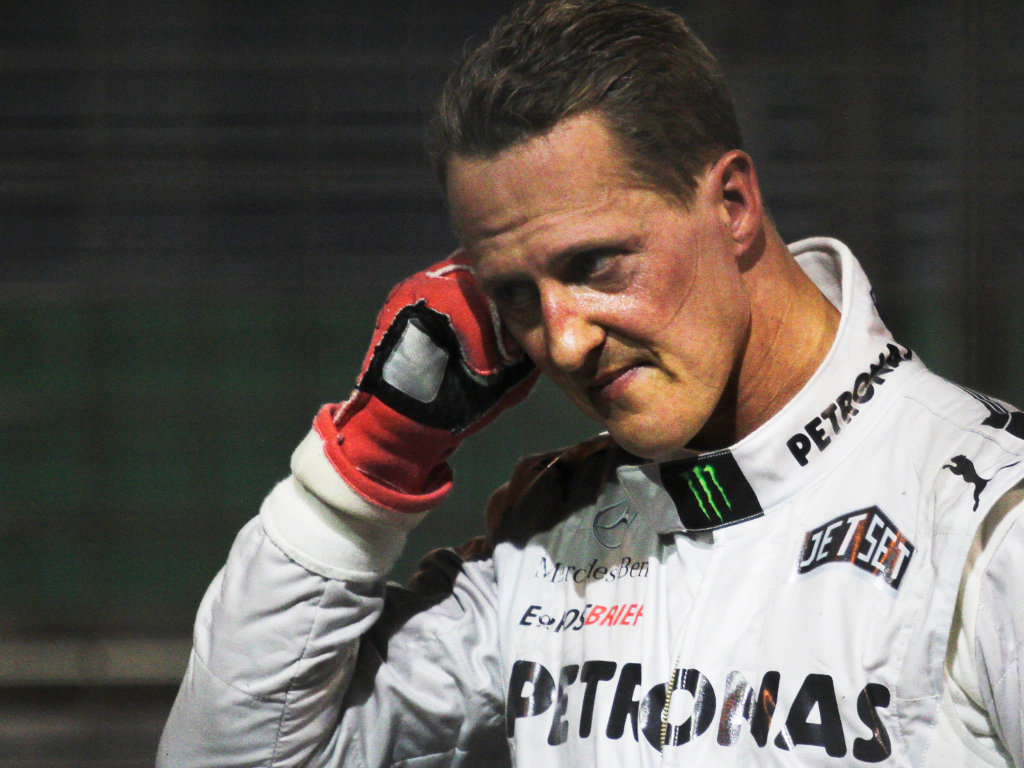 Michael Schumacher could be on his way to a second retirement after losing his Mercedes race-seat to Lewis Hamilton.

Despite not winning a grand prix and adding just one podium finish to his tally in his three-year comeback, Schumacher remains the most successful driver to have ever raced in F1 having won an unprecedented seven World titles.

However, his dream of an eighth look set to come to naught as the German is on the brink of a second retirement after Mercedes announced that Lewis Hamilton would take his seat next season.

Schumacher, though, admits that things didn’t go according to plan since returning to F1 with Mercedes in 2010.

“I have had three nice years with the team which unfortunately did not go as well as we all would have wanted on the sporting side,” said the 43-year-old.

“I wish Lewis well and for the team to achieve the success we worked so hard for in the build-up.

“I would like to thank the team for their trust and all the guys for their unconditional commitment. I will now concentrate on the next races.”

Team boss Ross Brawn, who was by Schumacher’s side for all seven of his Drivers’ Championship titles, was quick to thank the German for his efforts over the last three seasons.

“On behalf of Mercedes, I would first of all like to thank Michael Schumacher for the important contribution he has made to the growth of our team over the past three seasons,” said Brawn.

“His energy and commitment have never wavered, even when results have not matched our own expectations, and we are determined to finish the 2012 season together on a high. As always, it has been a pleasure to work with Michael.”