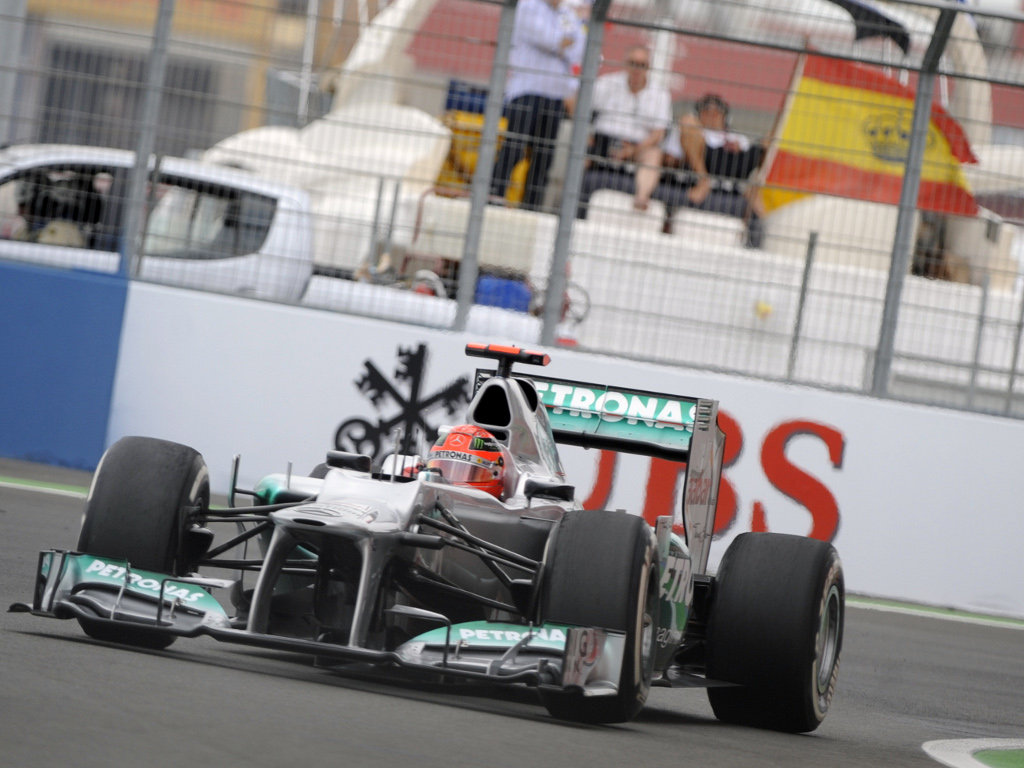 Michael Schumacher is refusing to back himself for the victory in Valencia, saying that while others may do so, he remains “pessimistic”…

Michael Schumacher is refusing to back himself for the win in Valencia, saying that while others may do so, he remains “pessimistic.”

In the build-up to this weekend’s European Grand Prix, a few leading figures spoke about Schumacher potential for success around the streets of Valencia.

The German’s running on Friday went someway towards cementing those claims as he was fourth quickest, 0.267s behind Sebastian Vettel.

Schumacher, though, reckons he’s still short of what is needed for the win come Sunday.

“I think we are in a reasonable position but not a good enough position to win here,” he told Autosport.

“I obviously appreciate the compliments I have been given by some people in the pitlane here, and I hope they are right, but at the moment I am a little bit pessimistic.

“We had a reasonable day though.”

In fact, Schumacher doesn’t even believe he can fight for pole position despite having achieved the coveted grid slot for the Monaco GP.

“After the problem I just had this final run. We didn’t make any adjustments to the car, so I guess we have a little bit more we can work on,” he said.

“I guess we can be reasonably close to the frontrunners, but I think it would be too optimistic to put us on pole position.”