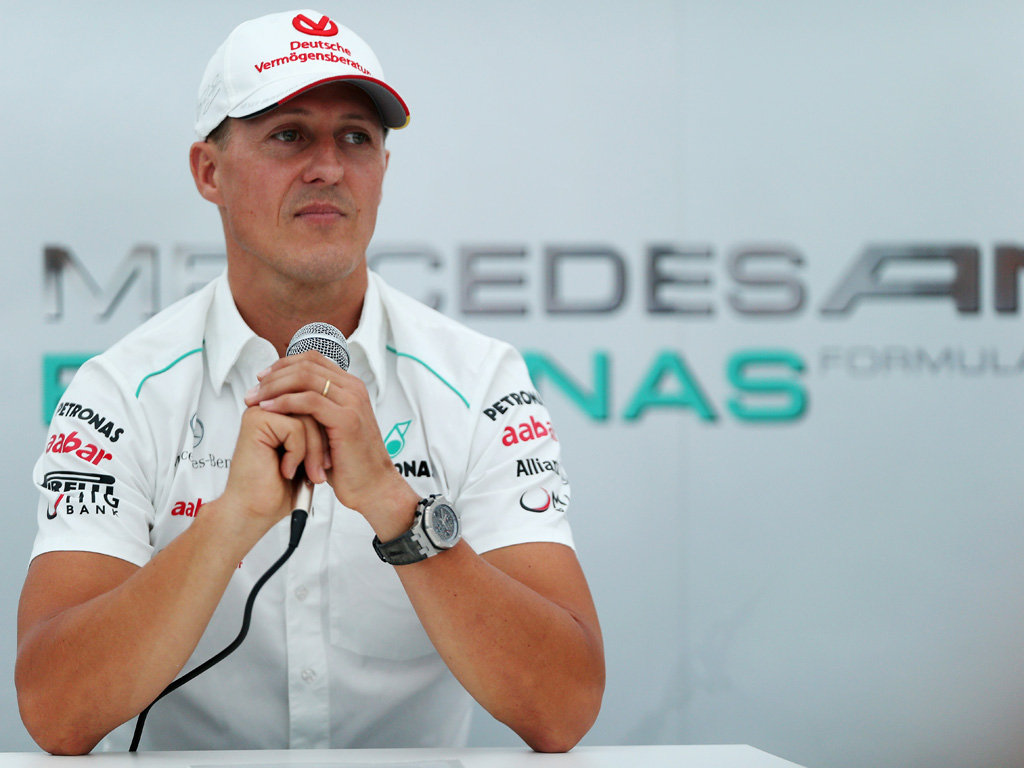 Michael Schumacher has given Mercedes his full backing following their decision to replace him with Lewis Hamilton.

The seven-time World Champion will retire from Formula One at the end of this season after the Brackley-based squad confirmed that Nico Rosberg will partner Hamilton in 2013.

There have been suggestions that he was forced out by Merc, but Schumacher played down those claims in an interview with the Frankfurter Allgemeinen Zeitung, saying he would’ve signed Hamilton as well if it was up to him.

“No. Those in charge of Mercedes had repeatedly emphasised that even after this season they would like to continue working with me,” he said.

“It was not for another year, but rather a further two years. With that in mind, even for a year, it would have been difficult. Inwardly, I probably prepared myself unconsciously already for retirement several months ago. And honestly, if you can sign Lewis Hamilton for Mercedes, then you have to get him. I would have done the same, he is the right choice.”

He added: “I look forward to my retirement – I would like to put it. I think that given the circumstances I made the right decision.”

Asked if he is sorry about coming out of retirement, Schumacher replied: “Absolutely not. These three years have given me quite a lot. I have experienced Formula 1 from a different perspective, I have developed personally.”

After being under the microscope during his first stint in F1, he admits he has “reached out to people” a lot more over the past three years, adding: “Now I’m more open and relaxed, I can let go and feel freer.”