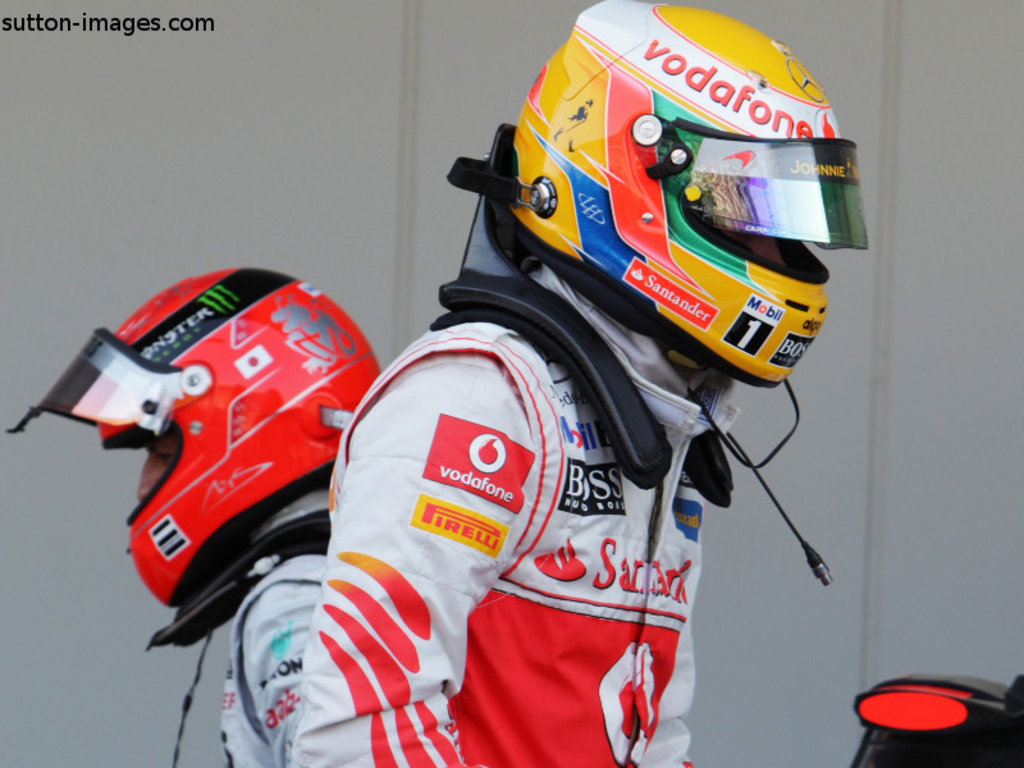 Michael Schumacher reckons Lewis Hamilton’s antics at the end of qualifying in Japan were “stupid” as he slowed down, forcing everyone else to.

Heading out late in the top-ten shoot-out, Hamilton was ahead of Mark Webber and Schumacher on the track. However, according to Schumi, the McLaren driver slowed down, forcing everyone else to do the same.

And although Webber was able to pass Hamilton and put in a final flying lap, Schumacher’s efforts came to naught as he was pushed onto the grass by the Brit.

Schumacher will line-up P7 on the Suzuka grid after not putting in a single time in Q3.

“Luckily nobody else went out again – well, I mean Kobayashi in particular – to set another lap because I would have been shy by probably a second,” Schumacher said.

“It was a bit stupid, at the last chicane everybody was driving so slow. I saw my time and knew I had to go quicker – but I didn’t make it by a second.

Hamilton, though, saw things a bit different and slated Schumacher for “dangerous” driving.