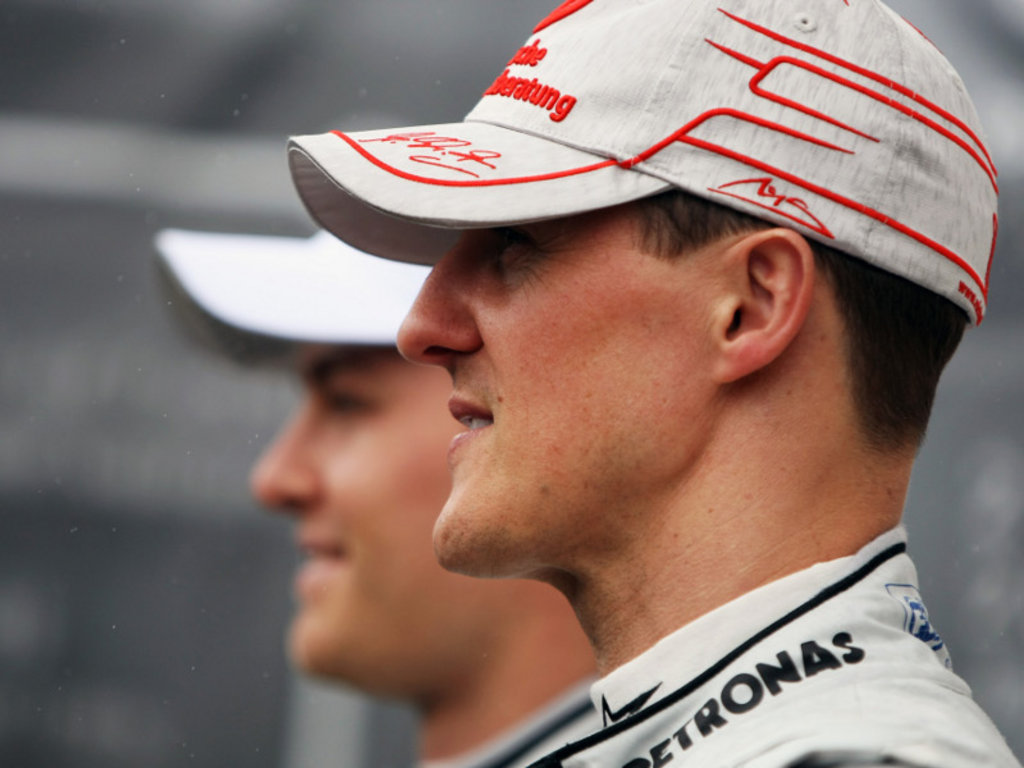 Michael Schumacher’s hopes of a chance to challenge for race victories this year improved last weekend in China but thanks mainly to his Mercedes team-mate Nico Rosberg.

Seven-time Champion Schumacher, 42, has struggled to impress in general and beat Rosberg in particular since he returned to Formula One last year after a three-year absence.

But he could now be ready to make a push for the podium finishes that have eluded him.

He could even have an outside chance of challenging for the 92nd victory of his record-breaking career later this year.

According to Rosberg, who led last Sunday’s race at Shanghai before fuel shortage problems saw him passed by eventual victor and old friend Lewis Hamilton, Mercedes have found the key to faster performances in their car.

Had his team not miscalculated their fuel consumption for Rosberg’s car, the son of former champion Keke Rosberg might have gone on to secure his first win.

Rosberg said: “That race really was one of the most exciting that I have ever driven in. Afterwards, it took me some time to let everything sink in because I had high hopes for a good podium result – and I had led for a quarter of the race.

“But I can’t blame anybody in the team for having been short on fuel, it’s a lesson that we learn together. We have to be happy that we made a step forward in China which was achieved by everyone in the team working extremely hard.

“And like Michael and everybody else, my attitude is always that we win together and we lose together as one team.

“Who would have thought before the Chinese Grand Prix that I would lead the race? That was fantastic and to be competing at the front of the field was a great feeling for me and everybody in the team.”

Rosberg, 25, is 17 years younger than his senior partner, but has shown scant respect for that or his achievements and Schumacher has said he would not have it any other way.

“We race for the same team and we race hard against each other, too,” he said. “I am delighted for Nico when he has successes.”