Home Uncategorized Schumi: I had other options 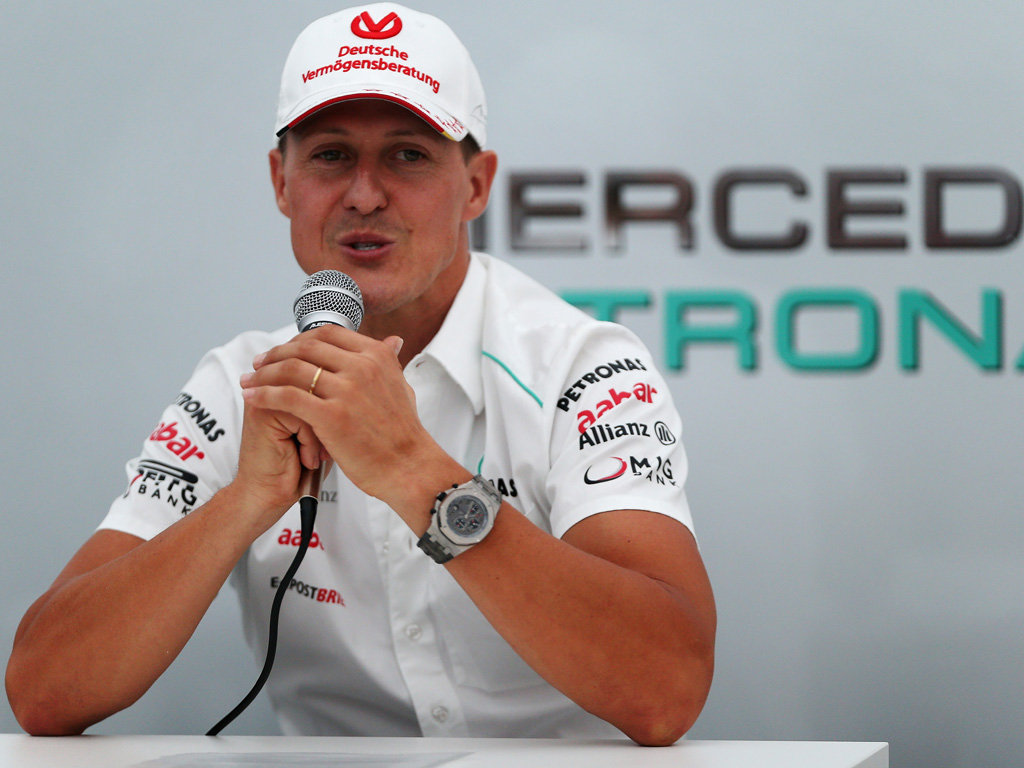 Michael Schumacher says he could have continued racing in F1 next season but “didn’t really feel like it.”

The seven-time World Champion, winner of 91 grands prix, announced on Thursday that he would walk away from the sport at the end of this season.

Schumacher’s decision came in the wake of Mercedes’s confirmation that Lewis Hamilton would take his place next season.

However, Hamilton’s arrival did not necessarily mean Schumacher’s F1 career was over as the 43-year-old says he had other “options.”

“If I wanted to stay I had options to stay, but I didn’t really feel like it, quite honestly,” Schumacher told Autosport.

“Whatever comes after, we will see. There is no point or any need to find any decisions right now, and I will do it exactly as I did it the first time, although I didn’t at that time think there was a second time but here we are, which is to focus and finish 100 percent on what I do.

“And then I will think about what I am going to do next after that.

“There is no more to say about this. I have options obviously yes, and you know some of the options. But whatever they will be, we will decide when the time is there.”

Pressed as to whether retiring from Formula One, which he previously did in 2006 before returning with Mercedes in 2010, was a tough decision, Schumacher admitted he actually felt “relief.”

“If [anything] at all, it is relief. We had a three-year agreement and already it was hard work for me to keep the motivation and keep the energy and always go forward.

“With all that I have achieved, it is natural that you think about it a little bit more than maybe being young. So in a way how things have developed, I am actually very pleased.

“I have always been informed by the team, so I knew what was going on and I am quite happy that things have developed in this direction and I am free to get back the freedom I had before.

“I told you at the time [of my first retirement] in 2006 that my battery was empty, and [now] I am on the red zone with my batteries.

“I was not sure if I could recharge them with the time we have available or not, and I felt it is time for freedom again.”