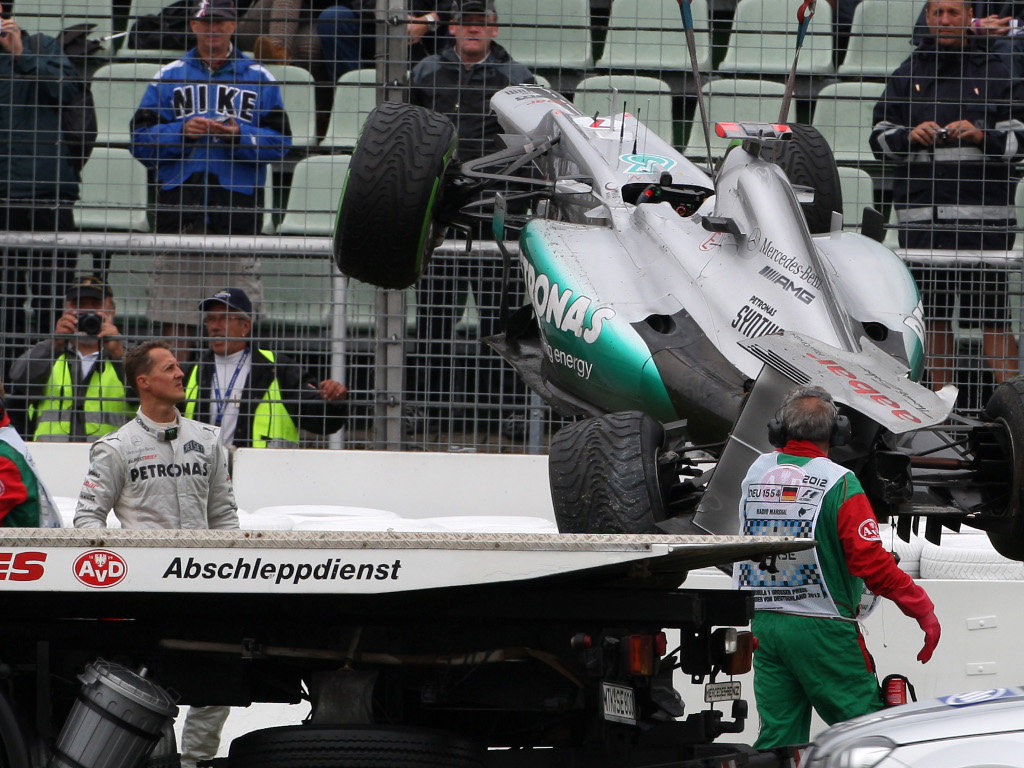 Michael Schumacher admits he’s to blame for his FP2 shunt in Germany however says it wasn’t as big as it may have appeared.

Running on a very wet track late in the afternoon’s session, Schumacher lost control of his car at the fast righthander into the staduim section.

With his W03 in a spin, Schumacher hit the barrier with the nose of his car and, as it continued spinning, hit it again with the rear.

The German, who was P23 given that he missed the best of the dry running, came to a halt on the grass while the session was red flagged.

“Basically I was not fully concentrated,” the four-time German GP winner admitted.

“I was on the radio and I was doing some other changes to the car, and touched the white line. That’s it.

“Cosmetically it looks almost all four corners touched on the barriers, so that’s not the nicest way, but the impact wasn’t too big.”

The Mercedes driver added that the mixed weather conditions meant his team had not learnt much about the Hockenheim circuit and the right set-up on Friday.

“It didn’t help us a lot, conditions, being so inconsistent, I don’t think we learned a great deal.

“Nevertheless we’ve got to qualify probably in wet conditions, so that’s why it’s good sense to be out today and try the car and get the set-up right and so on. But it’s a guess work for Sunday.