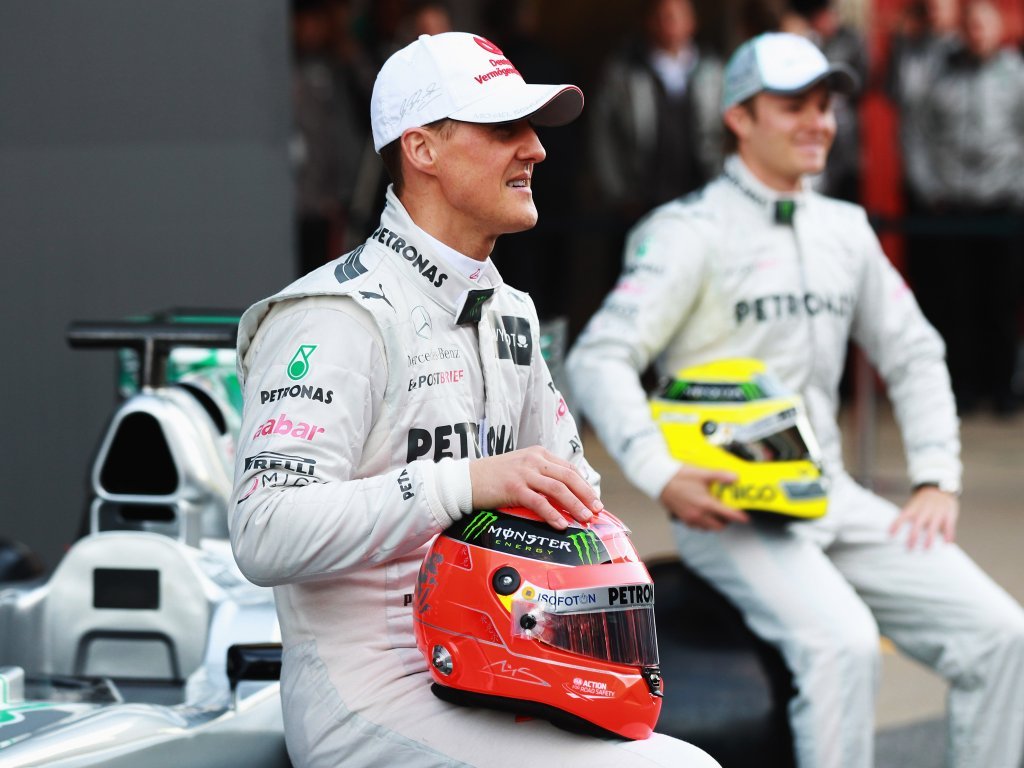 He has done it countless of times, but Michael Schumacher still felt every bit as excited as the first time when he took the covers off the W03…

He has done it countless of times, but Michael Schumacher still felt every bit as excited as the first time when he took the covers off Mercedes’ new car.

Schumacher drove the car during a private testing session on Sunday and says they’ve only had “good feedback and sensations” about the W03 so far.

“I have done quite a few roll-outs and launches of new cars, but even after all these years, I must say it still feels special. Days like this are precious moments, as they are always filled with hope and anticipation,” he said.

“Already last week, when we were driving the F1 W03 for the very first time, it instantly gave us good feedback and sensations.”

The German, who will be behind the wheel of the W03 on day one of the second pre-season test in Barcelona on Tuesday, is determined to ready to “fight again”.

“Starting today, we will work intensively to make it a competitive runner,” he said.

“Obviously, we will only see over the next couple of weeks how big the step is that we have made, but I can say already that the guys and girls back in the factories at Brackley and Brixworth were brilliant in putting in so much effort, and we can only say a big thank you them.

“I know which reward they would like, and we will definitely try to deliver it. For my part, I am eager to fight again, looking forward to the new season, and I can’t wait for it to begin.”

Rosberg, meanwhile, is also upbeat and says they will learn a lot about the new car over the next few weeks.

“We have had a good start to our 2012 testing programme, and it was a great feeling to drive the first laps in the new F1 W03,” Rosberg said.

“The car looks good, and is very nicely packaged under the bodywork – all the parts are in harmony, which reflects how well the different departments of our team are working together.

“From the beginning of our running, we have been able to focus on understanding the car and making good progress with our test programme. It will be very interesting to learn more about where we stand in the next few weeks.”