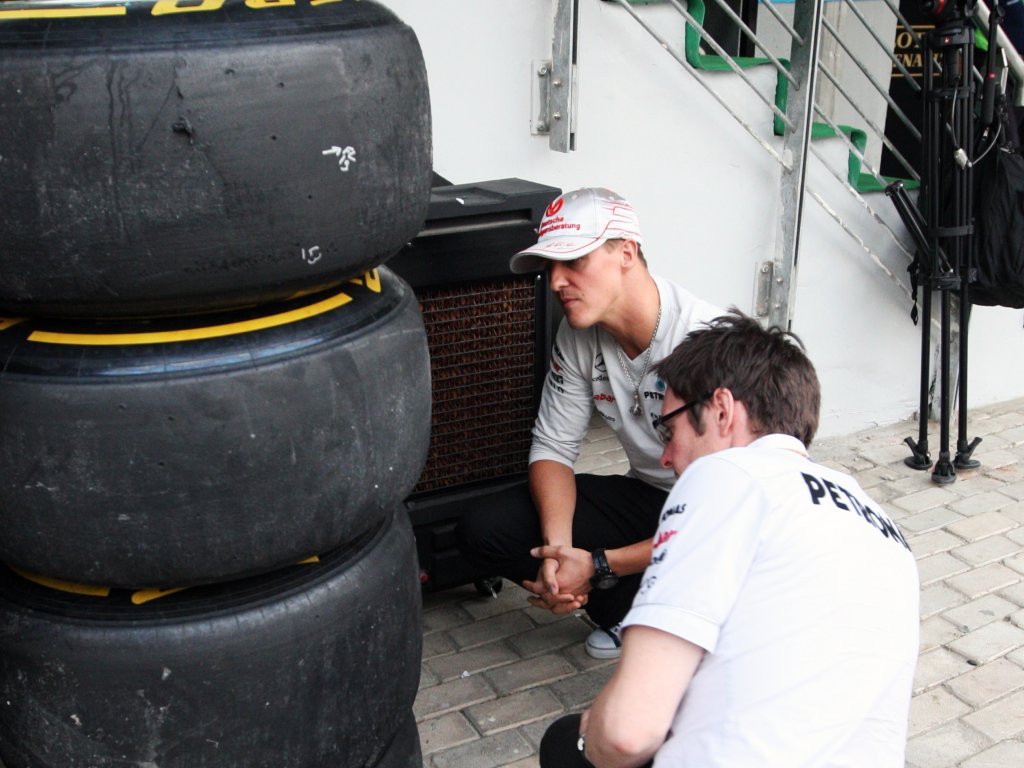 Michael Schumacher has continued his criticism of the Pirelli tyres, saying it’s like driving on “raw eggs”…

Michael Schumacher has continued his criticism of the Pirelli tyres, saying it’s like driving on “raw eggs”.

The seven-time World Champion slammed the Italian manufacturer after the Bahrain Grand Prix and questioned “whether the tyres should play such a big importance, or whether they should last a bit longer” during races.

Pirelli then hit back at the German, saying “Formula 1 has always been a meritocracy; in the end the best engineers and drivers will always succeed”.

Sshumacher, though, is refusing to let the issue die down and has described the tyres as “so peaky and so special”.

“I just think that they’re playing a much too big effect because they are so peaky and so special that they don’t put our cars or ourselves to the limit,” he told CNN.

“We drive like on raw eggs and I don’t want to stress the tires at all. Otherwise you just overdo it and you go nowhere.”