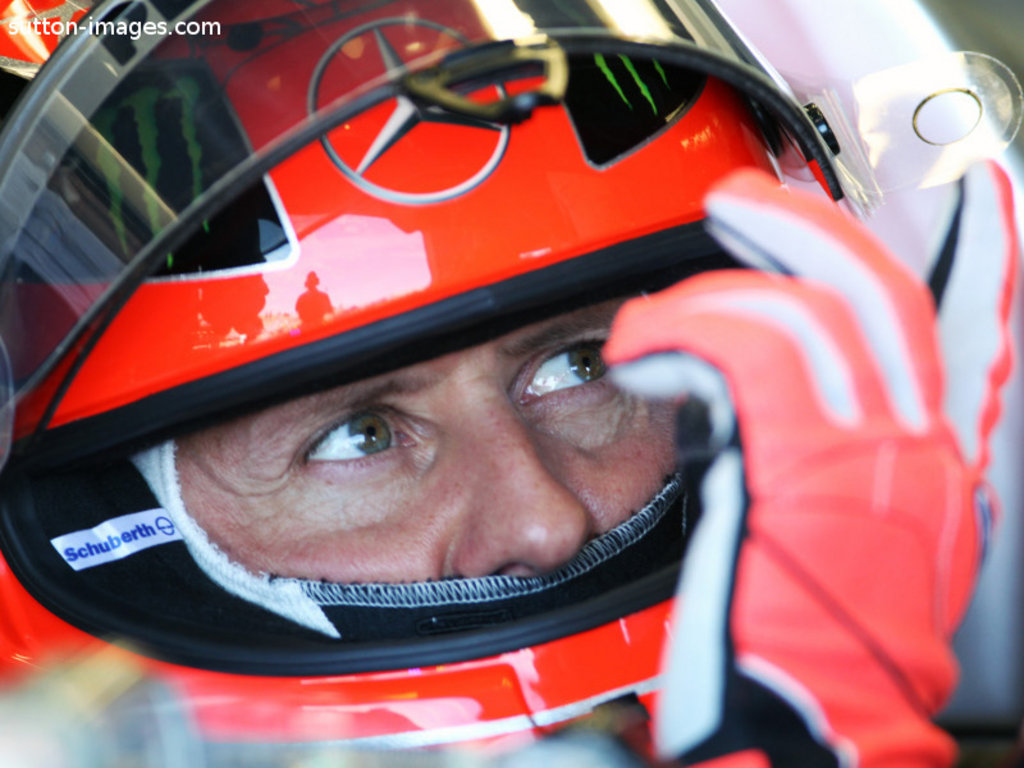 It was a bitter-sweet afternoon in Canada for Michael Schumacher as the German put in arguably his best drive since returning to the sport.

The seven-time World Champ, a previous winner in Montreal, was as high as second in the closing stages of the rain-interrupted 70-lap race.

However, he had no defences against the attack launched first by Jenson Button and his DRS and then by Mark Webber on the penultimate lap.

The German, who pulled off several impressive overtaking moves during the race, eventually had to settle for fourth place, half a second behind Webber.

“I am leaving this race with one eye laughing and one eye crying, as I am not sure if I should be excited or sad about it,” Schumacher said.

“Having been in second place towards the end, I would obviously have loved to finish there and be on the podium again. But even if it did not work out in the very end, we can be happy about the result and the big fight we put in.

“A good strategy after the red flag made it possible, and I am very happy for our team.

“I would also like to send a big compliment out to the spectators who stayed with us in those difficult circumstances for so long and even cheered us up. That was impressive, and I am glad that I could play my part in entertaining them.”

Team boss Ross Brawn was more than happy with Schumacher’s result on a wet Sunday afternoon.

“It was a thrilling race and Michael drove beautifully in the second part; he did a strong job on the intermediates and the option tyres, but was unable to hold off Jenson and Mark’s faster cars, particularly when they had the use of DRS.

“Even so, it was a fantastic drive to climb eight places and finish fourth.

“Overall, it was an exciting and extremely challenging but ultimately positive race for our team.”