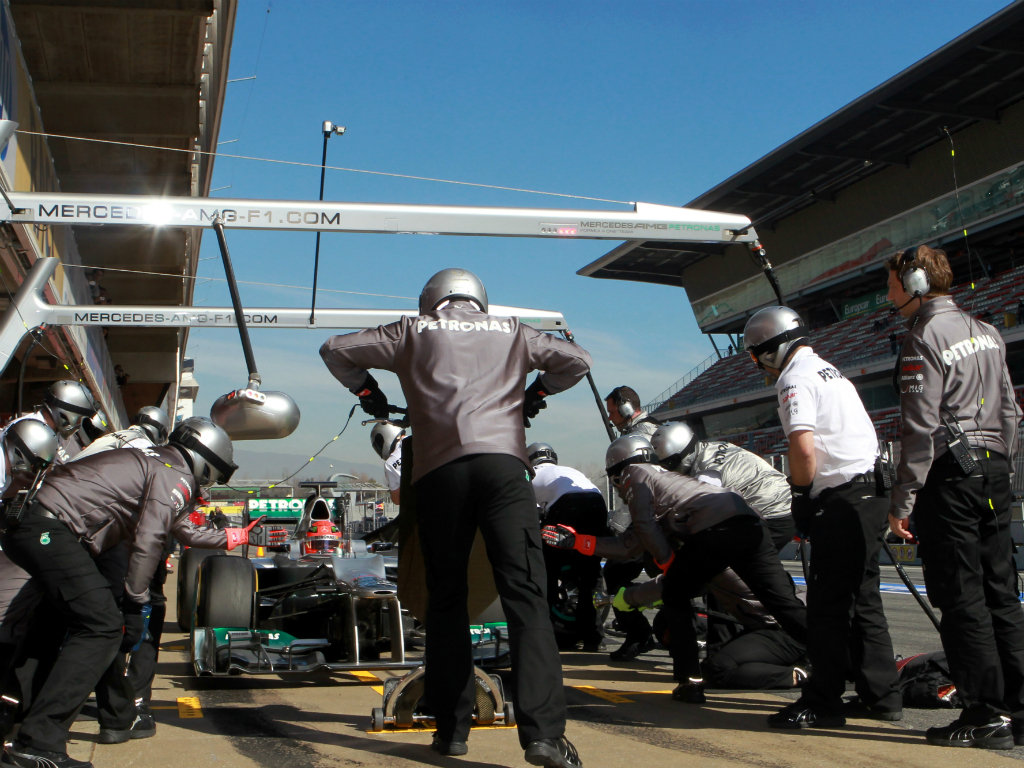 Michael Schumacher is encouraged by the progress made by Mercedes as he wrapped up his running at the Circuit de Catalunya.

The seven-time World Champ was in action on Day Three of the Spanish test where he finished in second place, 0.993s off the pace.

But, even more encouraging for the German and his team was the number of laps he covered on Thursday, 127.

The majority of those laps were completed during a race simulation, which was conducted during the afternoon’s session.

“I’m very happy with the race simulation that we ran this afternoon,” said Schumacher.

“It confirmed what we have seen from the first tests with our new car, and that we don’t seem to have any big issues with reliability.

“The small things from the last two days I would rate as typical testing issues.

“So from my side, I am happy with our first full testing session, and we have definitely improved our game which is what we wanted to achieve.

“To what extent, we can only see later, but I am finishing with a positive feeling.”