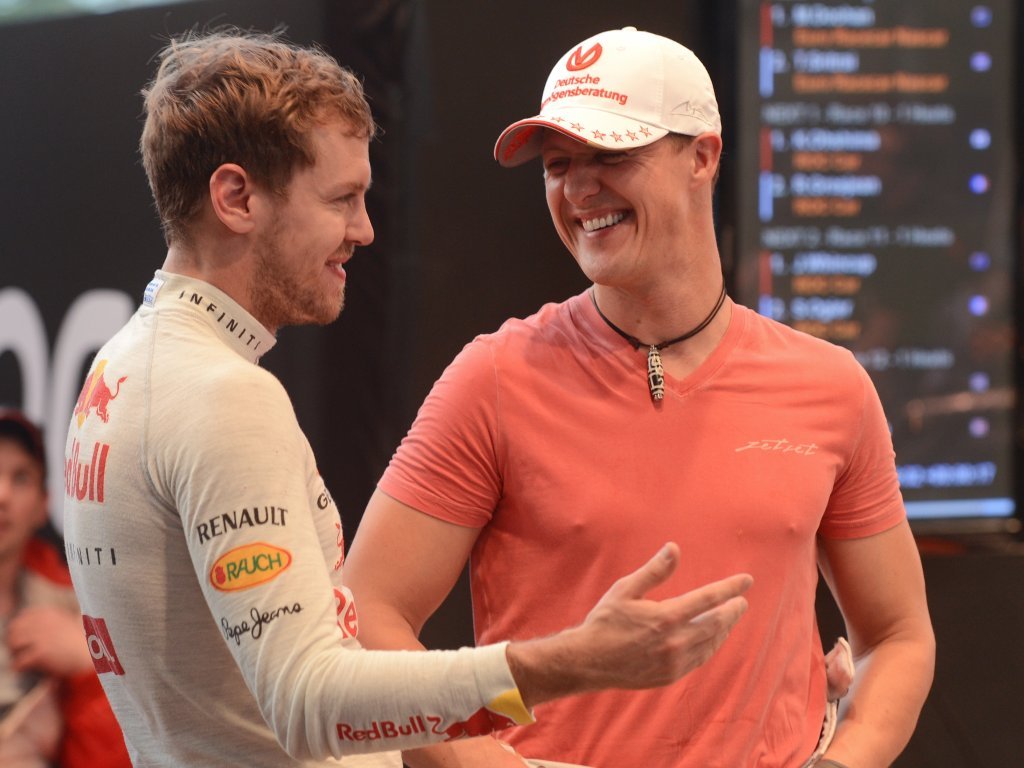 Michael Schumacher has congratulated Sebastian Vettel after his compatriot wrapped up his fourth World title in India.

The German fought back from an early pit stop to win Sunday’s grand prix by almost 30 seconds over his nearest rival.

It was another impressive showing from the Red Bull racer and it gave him an unassaible lead in the Drivers’ Championship.

With his fourth title in hand, Vettel joins a select group of just four drivers to have won four or more World titles.

“A big compliment and many congratulations to Sebastian,” Schumacher, who holds the record for the most titles with seven, told his website.

“Terrific performance from him and his team, cool year, he really deserves this fourth title!”

Meanwhile Alain Prost, who also won four but not consecutively, believes there will be Championships on the cards for the 26-year-old.

“He is a great driver and he has had some outstanding wins this year, some of the best of his career so far. Singapore was one of those wins: he was fighting all the way but he made it look easy, which is always a mark of a worthy winner.

“You can see he is methodical in his approach, builds a strong team around him that is 100 percent motivated for success and is entirely focused on the end result.

“He is a great Champion and I don’t think this title will be his last. He has a good team around him, stability with the technical team and with Renault, and of course he is still young enough to challenge for more.

“I’m pleased to see him equal my four titles. I wish him all the best to go on and win others and become a great Renault Champion.”