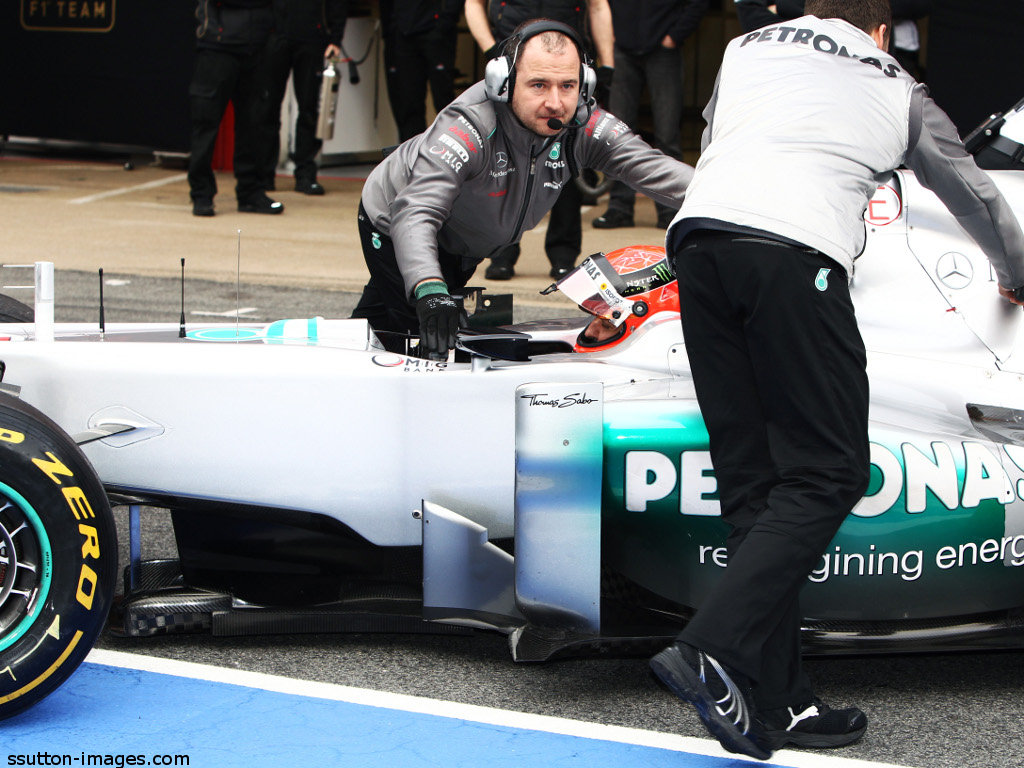 Michael Schumacher is confident that Mercedes will head to Australia in the best shape possible but how that compares to his rivals he isn’t saying.

The seven-time World Champ wrapped up the final day of pre-season testing at the Circuit de Catalunya on Sunday, concentrating on set-up runs and aerodynamic evaluations.

And although that also put him eighth out of the 11 drivers in action, Schumacher says he’s happy with the progress made during the final test.

“After four intensive days of testing this week, we are soon heading to Australia and it’s really time for the season to start,” said Schumacher.

“We are very happy with all the work we have been able to achieve, covering a lot of kilometres and learning a lot about our car which gives us a good basis to work from.

“The car felt good from the very beginning, and we have managed to improve it over the test days, so I think we can say that we are very well prepared.

“Again, what this means compared to our competitors is something I want only to go into after some races, as we all know that testing does not show everything.

“What we can say though is that the field is tighter than it has been, so we are looking forward to an exciting season.”