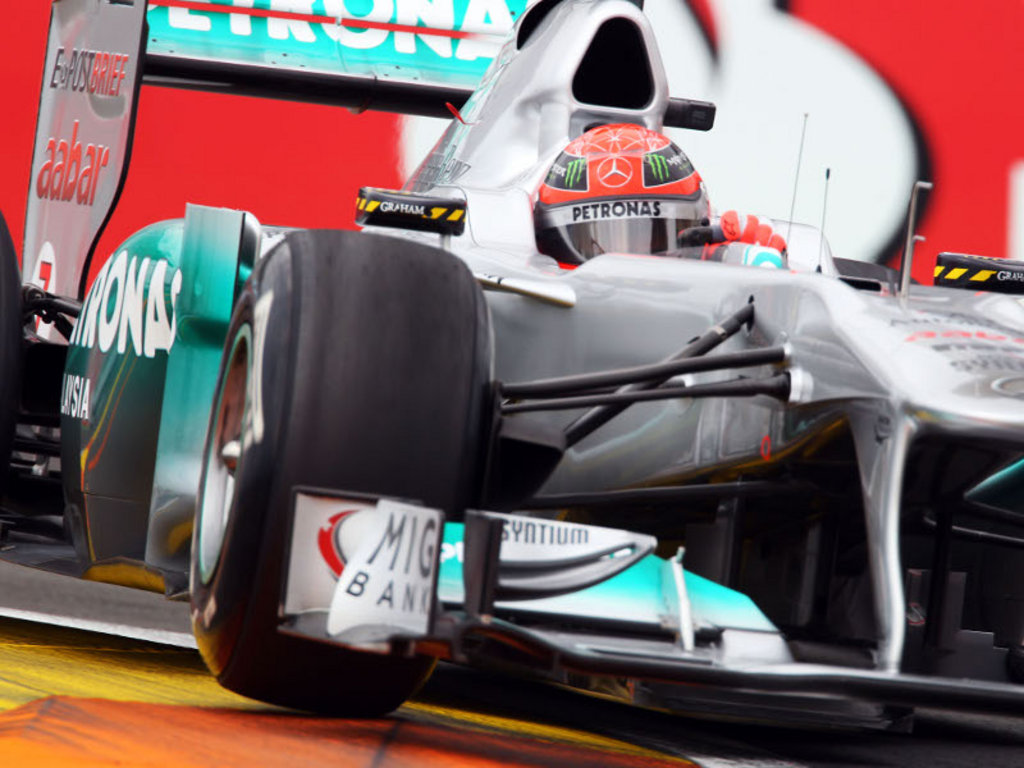 Michael Schumacher reckons Mercedes GP can add a “good feeling” to their “fighting spirit” ahead of next weekend’s home race in Germany.

F1 heads to the Nurburgring next, a track where Schumacher has taken to the top step of the podium no fewer than five times. His last victory came in 2006 when the circuit played host to the European Grand Prix.

But this season Schumacher’s chances of a sixth Nurburgring victory are slim as Mercedes GP are still struggling to get the best out of their W02.

There were, however, positive signs at the previous race at Silverstone, with the team claiming a double points-finish, which they attributed to their new exhaust system.

Schumacher is now hoping for a further improvements at the German GP.

“With two home races in a row, we are fortunate to be given an extra boost as we head to the Nurburgring next week for the German Grand Prix, just two weeks after Silverstone,” said the seven-time World Champ.

“This season has been a difficult one for performance predictions so far; however I can predict one thing for sure: the extra boost we are receiving will be transformed into extra motivation.

“We definitely want to show our home crowds our best level of performance possible.”

The German can also look forward to competing on a track where one of the corners, Turn 8 and 9, is named after him.

“It will be the first time that I race through the corner which is named after me, and obviously I would like to believe that this is not only making me proud, but also even faster.”