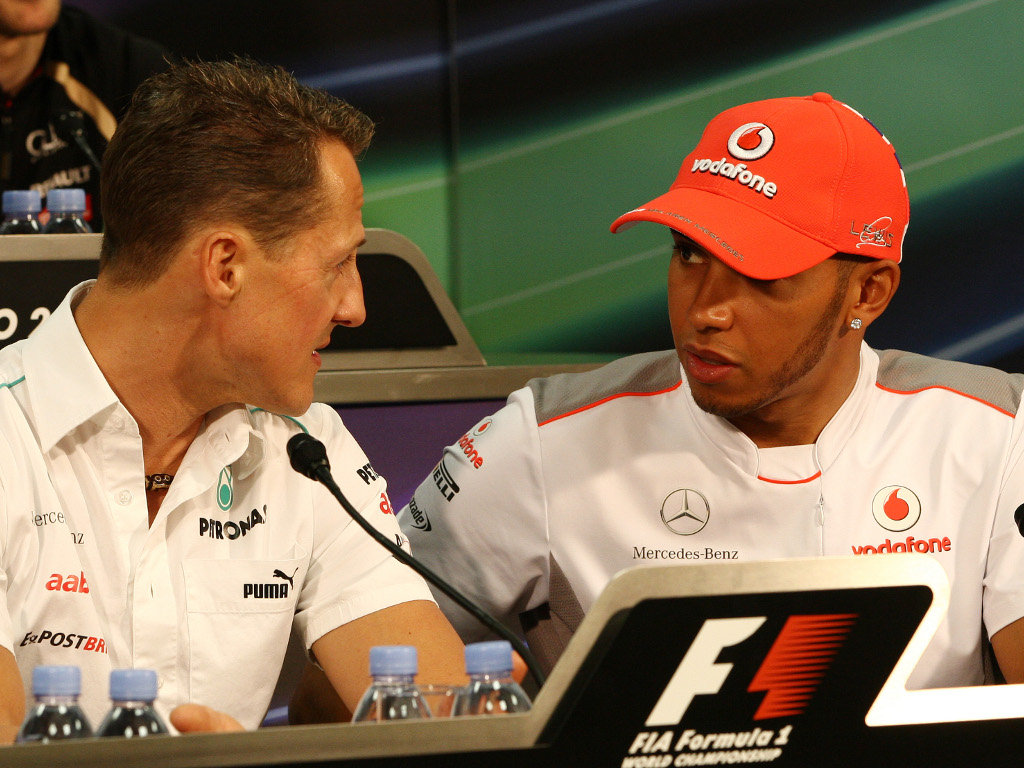 Lewis Hamilton is hopeful that Michael Schumacher’s release from hospital on Monday is just the first step “onto the new ladder” for the Formula One legend.

The entire F1 community was buoyed after Schumacher’s manager Sabine Kehm confirmed earlier this week that the 45-year-old had been transferred to Lausanne University Hospital in Switzerland after waking up from his coma.

Hamilton was Schumacher’s replacement at Mercedes after the German came out of retirement to join the Silver Arrows having previously won seven Drivers’ Championship titles during successful spells at Benetton and Ferrari.

“I always keep him in my thoughts and prayers. It’s a real positive to hear that there’s been some progress. I’ve been trying to keep an ear out for what’s going on but not really hearing much improvement. To hear that he’s really in that wake up phase is really encouraging.

“It’s exciting for the next steps. Hopefully this is the first onto the new ladder.”

Fernando Alonso, who won two World Championship titles with Renault whilst Schumacher was still at Ferrari, was equally pleased with the news, saying: “Good start of the week with the news of Michael! So happy this is going in the good direction!”

Sauber’s Mexican driver Esteban Guttierez said: “Great to hear good news about Michael. Wish him all the best for his recovery.”

The Force India team took to Twitter to voice their delight at the news: “Great to hear positive news about Michael Schumacher no longer being in a coma. Keep fighting Champion!”