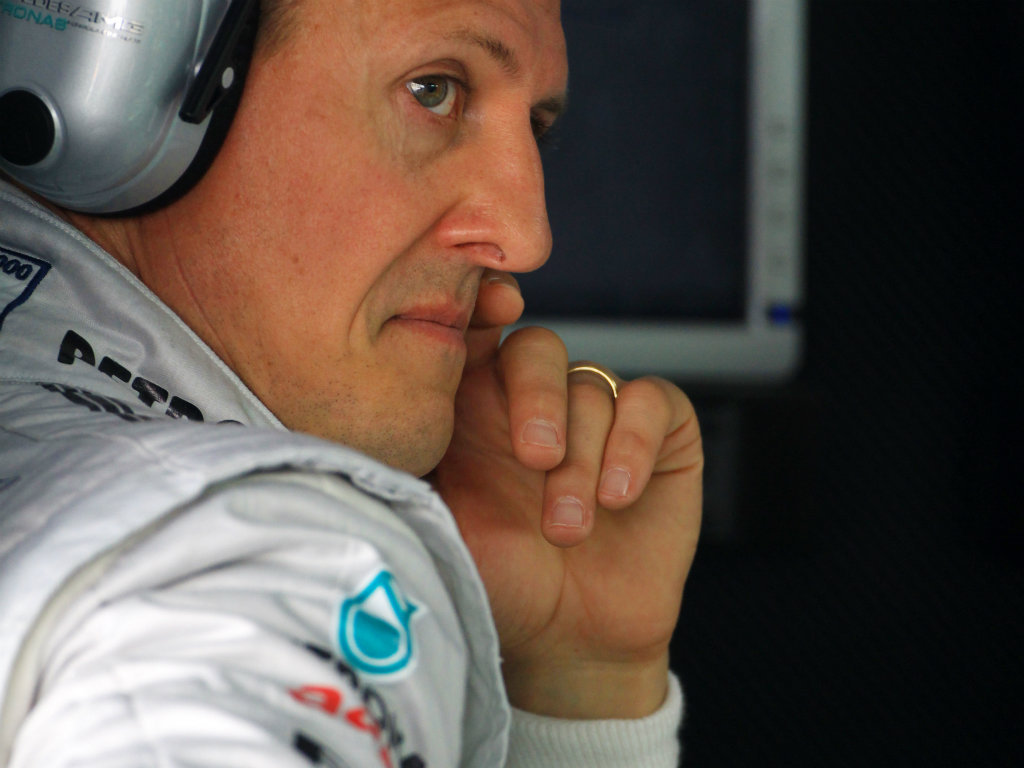 Michael Schumacher reckons his Formula One career will end with a whimper and not a bang given how this season has panned out so far.

Schumacher’s third and final season with Mercedes was dealt yet another blow on Sunday when the German retired from the Indian Grand Prix. That, though, was the end of his woes and not the start.

Earlier in the race the 43-year-old suffered a puncture and faced yet another stewards investigation, this time for ignoring the blue flags that are waved when a backmarker is about to get lapped.

It was yet another dismal Sunday in a string of dismal Sundays that has marred the German’s final season in Formula One. So much so that he has ruled out ending his career on a high in the next three races.

“It would be nice, very clearly, but I’m not expecting it. Therefore I’m not very sentimental about it,” said the seven-time World Champion.

“As long as I can fight for top positions then I will do my job as much as I can and try to help and support the team and get things ready for them for next year as much as possible.

“But other than that, it’s kind of a normal job.”

Sunday’s DNF meant Schumacher has now failed to score in 10 races, eight of which he retired from.

“It’s not a very good statistic quite honestly,” he said.

“It’s 17 races we have done, eight retirements, so 50 percent retirement. That’s not a statistic I’m used to.”