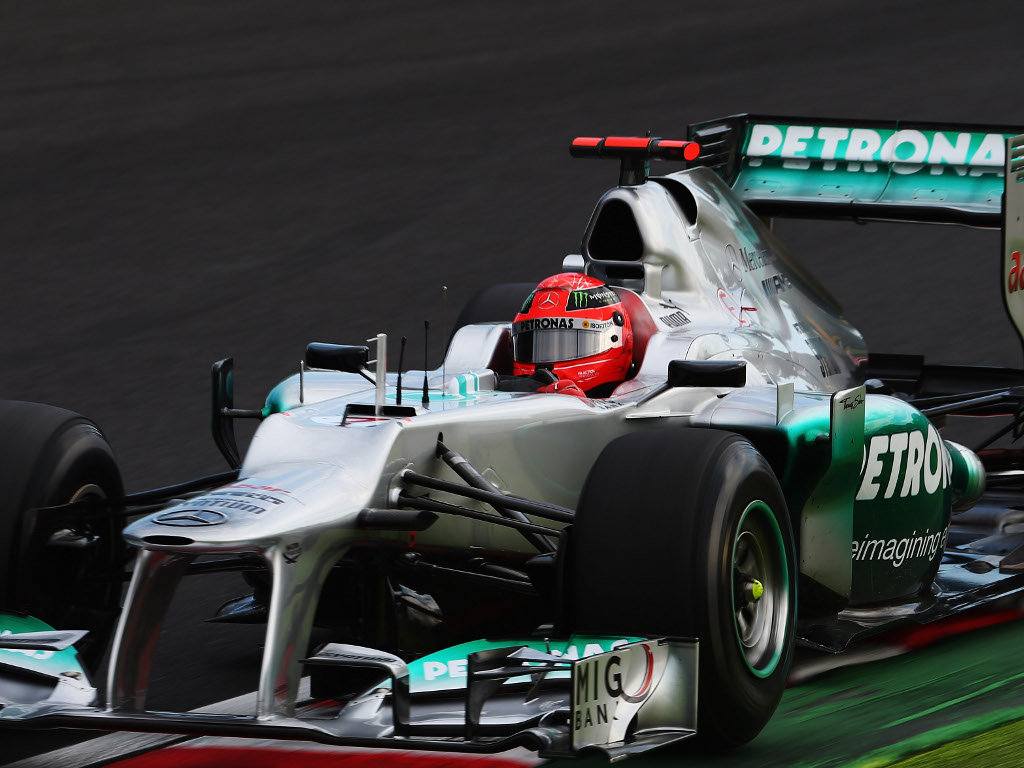 Michael Schumacher insists he’s not frustrated by Mercedes’ slump in form as it’s a “natural consequence” of not developing the car fast enough.

After a stellar start to the season which included a pole position and race victory for Nico Rosberg in China, Mercedes form has been in steady decline.

The last time the team brought both cars home in the points was back in July’s German GP resulting in a fall to fifth in the Constructors’ Championship, 271 points behind leaders Red Bull.

And Schumacher, who has not scored in the last four races, says that is what happens when a team does keep up with the development war.

“There’s no reason to call it frustration,” he told Autosport. “It’s part of the process that we are involved in.

“Things looked pretty good at the beginning of the year. We’ve just sort of lost the train and didn’t keep up the development.

“So there’s no reason why we should be surprised or frustrated by what’s happening, it’s just a natural consequence.

“It’s more important that we understand everything to fix it. That’s what we’re focused on now.”