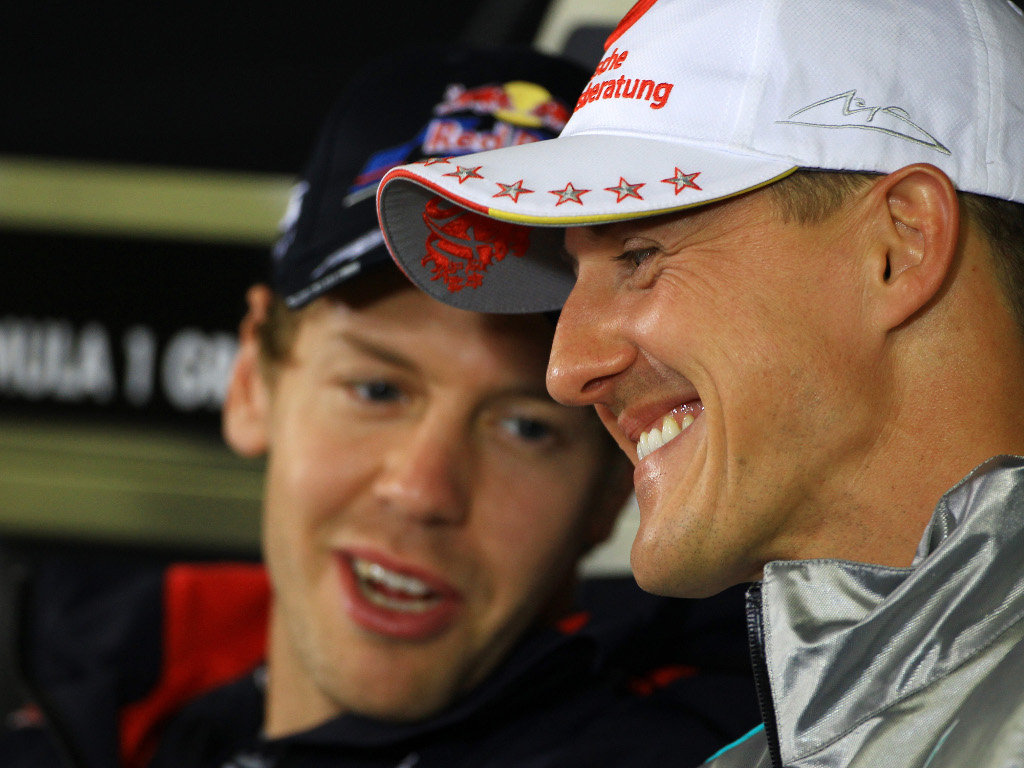 Michael Schumacher has described Mika Hakkinen as his greatest opponent while he believes Fernando Alonso is the best driver on the grid at the moment.

This weekend’s Belgian Grand Prix will mark the seven-time World Champion’s 300th start in Formula One and he has had plenty of rivals come and go in that time.

For Schumacher his rivalry with two-time World Champion Hakkinen, with whom he had several run-ins during their Ferrari-McLaren days in the late 90s, stands out above the rest as he feels their battles were always “fair”.

“I had a few – but the bottom line is there is only one left. There is no one for whom I had so much respect on and off the track as Mika Hakkinen,” he told Bild am Sonntag in an interview.

When asked who the strongest driver on the current grid is, the 43-year-old replied: “Alonso. He continues to develop and is enjoying one of those phases where everything works out. However, he has worked hard for that.”

As for compatriot and double World Champion Sebastian Vettel, Schumacher said: “Sebastian is a great guy and a great driver who has to deal with different situations. This is a learning process.

“To be a good winner, one must also be able to lose. I know that no driver likes to lose and I am no exception (laughs), but that is part of your development. Only when you have learned to lose can you respect and enjoy winning even more. Life’s ups and downs, you must learn that.”