Home Uncategorized Schumi: Picture yet to be revealed 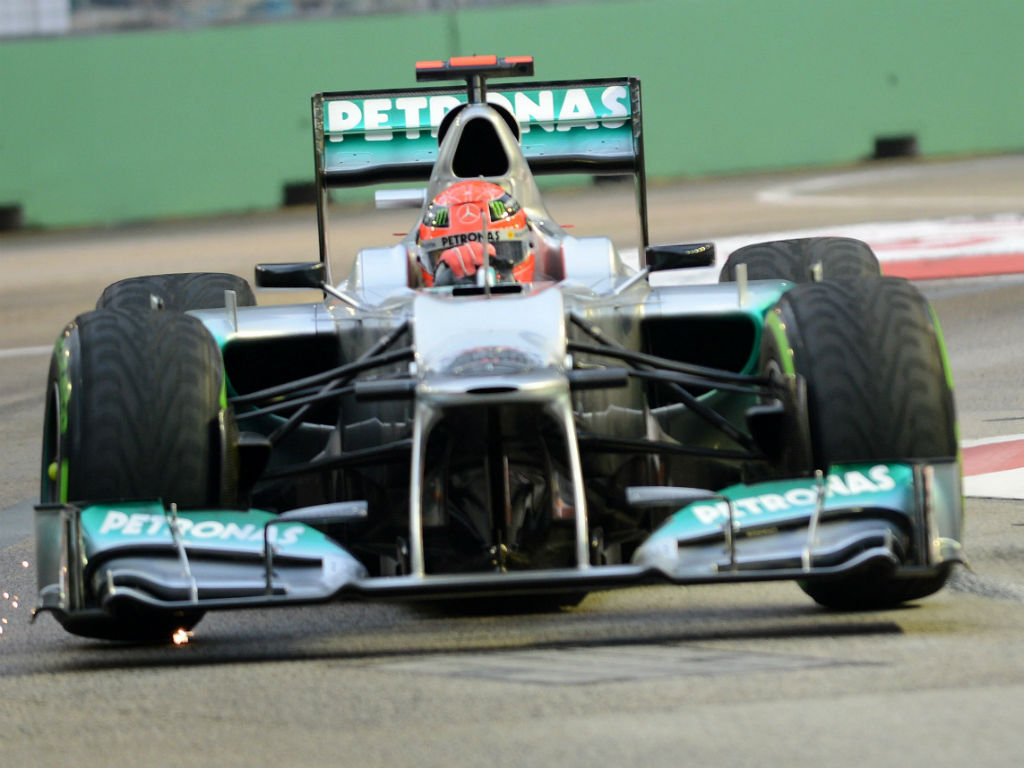 Michael Schumacher reckons Friday’s practices have done nothing to shed any light over the pecking order for this weekend’s Singapore Grand Prix….

Michael Schumacher reckons Friday’s practices have done nothing to shed any light over the pecking order for this weekend’s Singapore Grand Prix.

As always on a Friday all 24 drivers were on different strategies, different fuel loads and different tyres at any given point during the 180 minutes of action.

And while it appears that the usual trio of Red Bull, McLaren and Ferrari are at the fore, Mercedes found themselves over a second off the pace.

While Nico Rosberg brought his W03 home with the eighth best time, Schumacher was P11, 1.923s off the pace.

The seven-time World Champ, though, sees no reason for concern.

“We had two productive sessions today, however I have not yet understood the real picture,” Schumacher said.

“We will definitely need to have a good look at the data this evening and extract the true performances shown.”

As for Mercedes’ updates, which included a new exhaust, Schumacher said his W03 felt “reasonable.”

He said: “We were running the new parts today and the car felt reasonable, although at the end of the second session, we had a little brake issue and had to stop.

“Now we will have to work hard in front of our computers to find out what our chances will be this weekend.”