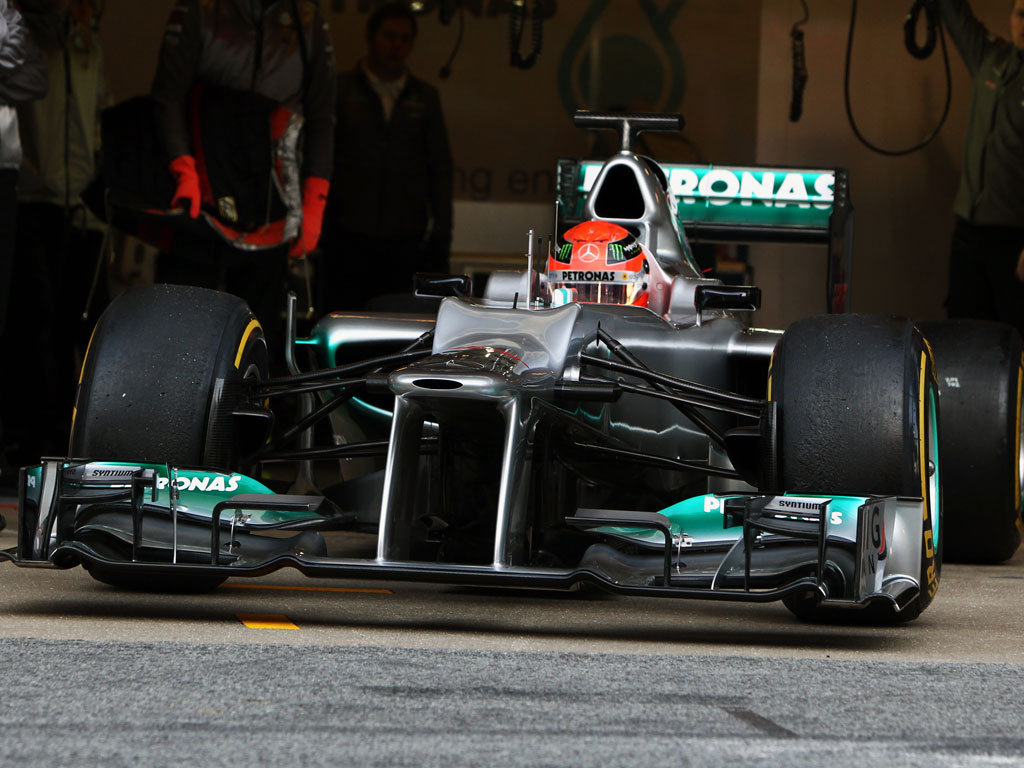 Michael Schumacher enjoyed a satisfying opening day at Barcelona on Tuesday as Mercedes’ W03 made its public debut.

After putting their new challenger through its paces at a shakedown and private test last week, the team finally unveiled the car before the start of the second pre-season test at the Circuit de Catalunya.

Schumacher took to the track soon after, but he completed just 51 laps as a hydraulic problem brought a premature end to their afternoon programme.

“My initial feelings with our new car are certainly good,” said the seven-time World Champion after the session.

“I’m happy with the different evaluations that we have done over the last week, but obviously with the rule changes, we won’t know more until later.

“It’s certainly an improvement and we have worked hard on the areas we had defined last year.

“The aerodynamics figures look good so I’m not worried about the shape of the nose! Even though we had the hydraulic problem today, I’m pleased with all the mileage we have achieved so far with the new car.”

Related link
Day one belongs to Vettel
Gallery: It’s Back To Work In Barcelona