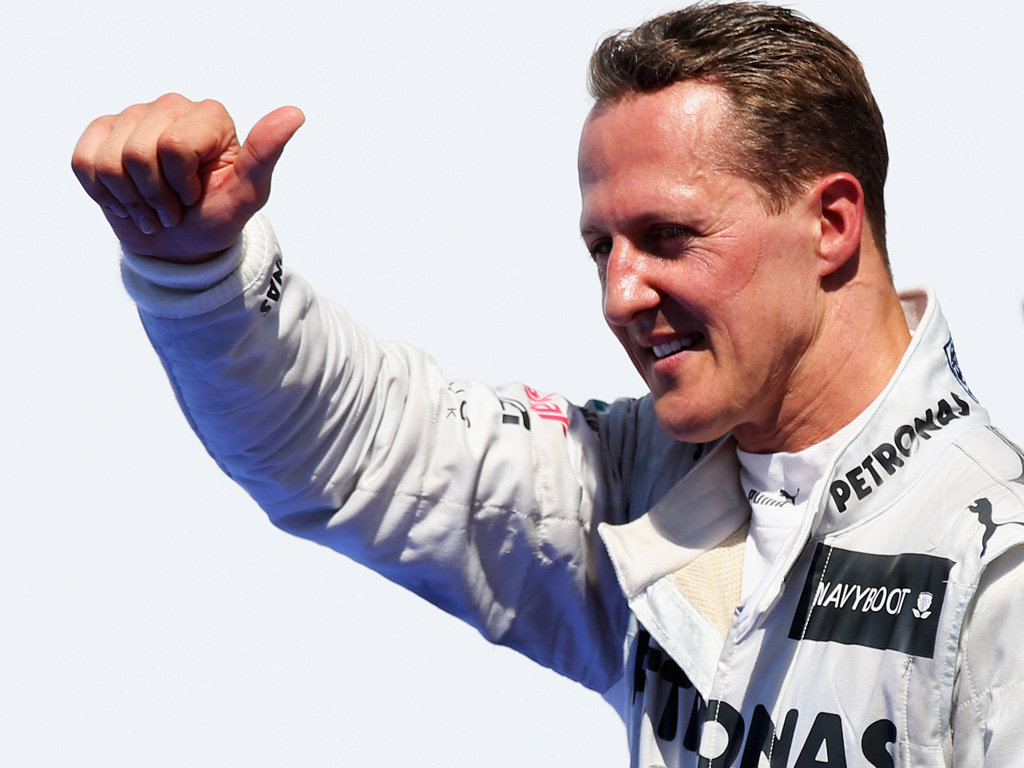 Michael Schumacher says his podium finish in Valencia, the first since his return to the sport, was the “best way” to answer critics…

Michael Schumacher says his podium finish in Valencia, the first since his return to the sport, was the “best way” to answer critics.

In what could yet be his final season in Formula One, Schumacher finally reached the podium when he claimed third in Sunday’s European GP.

The seven-time World Champ made the most of a late stop and fresher rubber to slice his way through the field and take his first podium finish in 99 races.

“The point is that it is a beautiful feeling, not only being on the podium but the way it has happened. It was not at all expected,” said the Mercedes driver.

“All weekend, I predicted this to be a difficult one for us and it started to be difficult in qualifying, mainly because of my own mistakes and to recover from where we are, getting to third position is just awesome.

“The team and myself have been criticised here and there, particularly lately, and this is the best way to answer criticism, to go back and deliver as we did, and therefore I’m proud, thankful and very excited.”

However, as to be expected the question of Schumacher’s future was raised.

‘Michael, you said you will think about your future during the summer. Summer is beginning and you begin the summer with a podium. Does it change something for next year?’ asked a journalist.

Schumacher, though, wasn’t at all happy with the question and especially the mention of ‘summer’.

“I don’t think I ever said any kind of time, neither did I say summer and if you may apologise, I have no further news on that matter, so give me the time that I need and we will see,” he said.