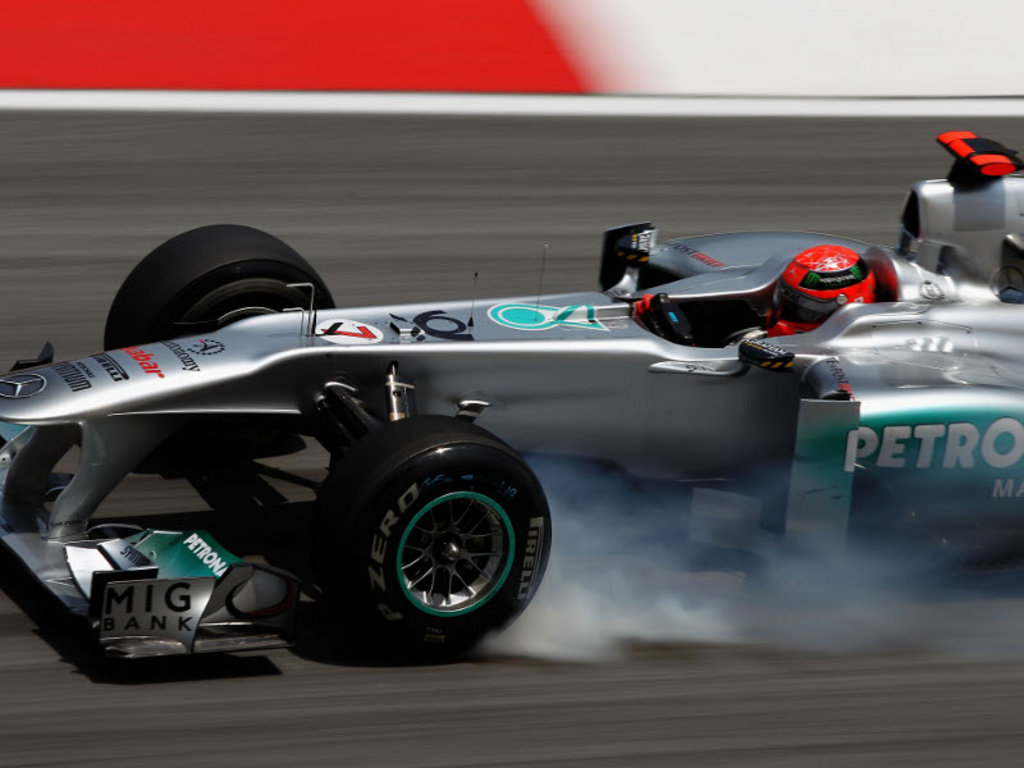 Michael Schumacher reckons Mercedes GP took a step closer to their Barcelona form in Friday’s practices for the Malaysian GP.

Much was expected of Schumacher and his team this season after they came to the fore in the final pre-season test at Barcelona with the German setting the fastest lap time of the week.

However, the team failed to live up to expectations in Australia with the end result being that neither car saw the chequered flag as they were involved in incidents.

The team, though, showed improved pace at Sepang on Friday where Schumacher finished fifth, 1.212s behind pace-setter Mark Webber.

“We had a pretty good first day on track here in Sepang,” said the seven-time World Champ.

“We definitely made a step in the right direction, we were closer to our level of performance from Barcelona than in Melbourne, and I am hopeful there will be more to come.

“We had two typical Friday sessions, trying out a lot of things for future developments, and it looks we can make further improvements.

“Today, our aerodynamics and our KERS system worked very well, and I look forward to more to come in the next two days.”

Rosberg, meanwhile, was seventh quickest, a further four-tenths behind his team-mate.

“Today was a productive day for us. We made progress on our set-up work compared to the last race and the team worked well.

“There are still issues that we have to solve, but I think we are a bit closer to the pace. I’m now looking forward to qualifying and we will look to take another step forward tomorrow.”