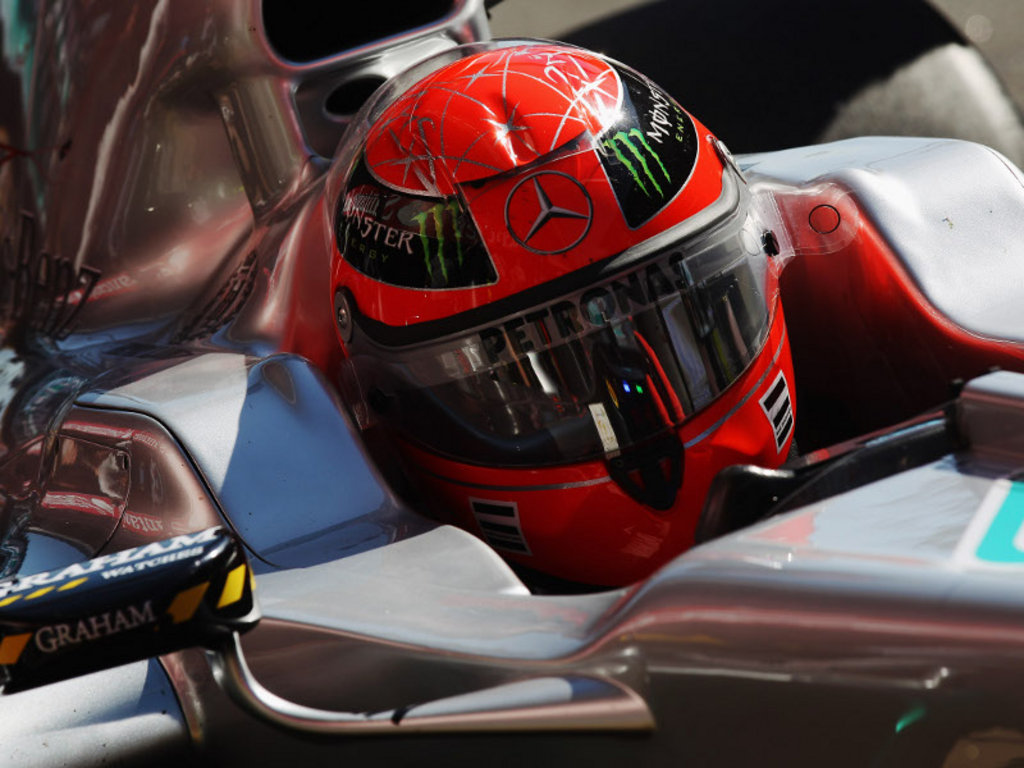 Michael Schumacher is relishing the idea of a double DRS zone in Montreal, a venue that already features a whole host of overtaking…

Michael Schumacher is relishing the idea of a double DRS zone in Montreal, a venue that already features a whole host of overtaking.

So far this season, the opening six grands prix have all had one DRS zone on the track. However, for the Canadian GP, the FIA have decided on two.

The DRS, or adjustable rear wing, will be available on the both the back straight and the start/finish straight.

“The circuit itself is very much a stop-and-go scenario with much of the focus on top speed and braking,” said seven-time World Champ Schumacher.

“We also have the two DRS zones this year for the first time, so it will be interesting to see the impact that this makes.

“It is really difficult to have an idea of how our car will perform in Montreal.

“There is no doubt that Monaco was a tough weekend for the team but, as always, we will learn our lessons, and be ready to fight again in Canada.”

He added: “Montreal is a great city to visit and the Canadian Grand Prix is always one of those races where it feels like the whole city gets involved and creates a really nice atmosphere.”

“All of the teams suffered with big tyre problems because of graining last year, so it will be interesting to see how the new Pirelli tyres behave next weekend,” said the Mercedes GP team boss.

“It’s not easy to predict whether the tyre situation will follow what we experienced in 2010 or whether we will have a different situation.

“We have two DRS zones which will increase overtaking at a circuit where passing was already possible. With the combination of DRS and the tyres, this should lead to an exciting and eventful weekend.”