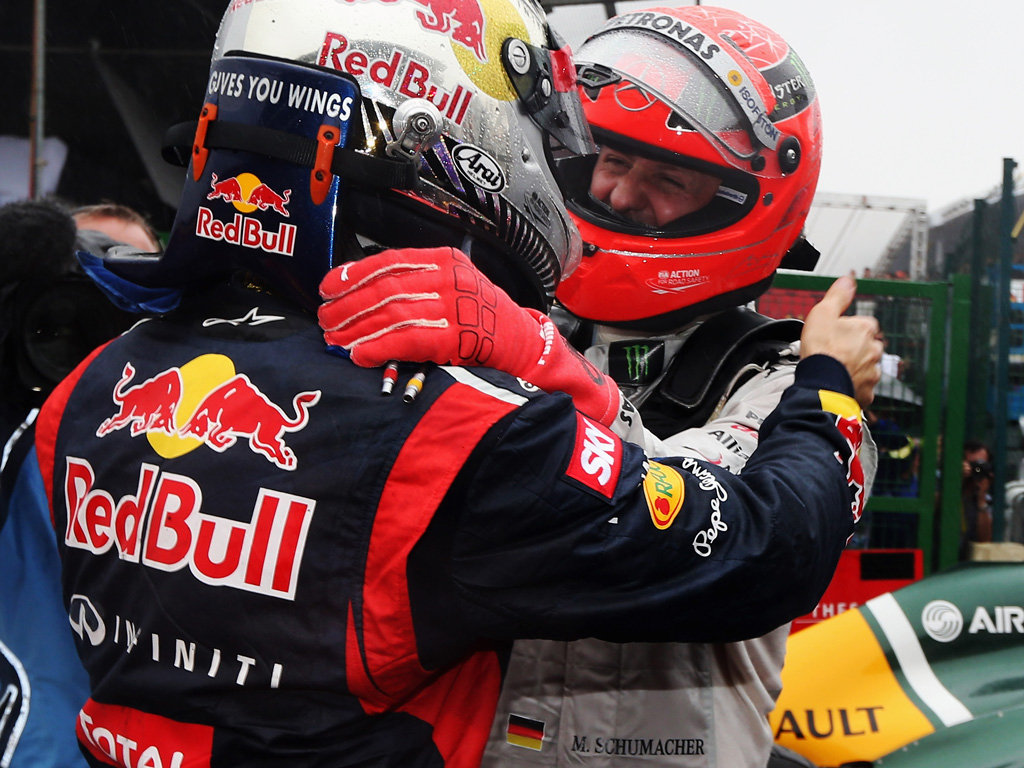 Michael Schumacher has congratulated Sebastian Vettel on a hard-fought third title but admits he wishes Ferrari had won the Constructors’ Championship.

Vettel became the youngest ever triple World Champion last Sunday when he beat Fernando Alonso to the title by three points.

Schumacher, who helped Vettel on his way to sixth in the Brazilian race by moving aside to let him through, was one of the first to congratulate the German as he climbed out of his RB8.

Days later, Schumacher, who has retired from F1, reiterated his praises.

“Now that the dust has settled, I would like to again congratulate Sebastian on winning his third World Championship,” Schumacher told his website.

“It was certainly a nerve-wracking race for him and he brought the season to a masterful end.

“I have known this guy so long and like him a lot; I am really pleased for him. For me, the right man won the Drivers’ Championship.”

But while Schumacher was happy for his compatriot, he felt “sorry” for his previous team Ferrari.

“On the other hand, of course, I felt very sorry for the Ferrari team, to whom I still have such a close connection.

“For this season, I would have much preferred to see the Constructors’ Champions wearing red…”