Home Uncategorized Schumi: Roll up the sleeves and focus 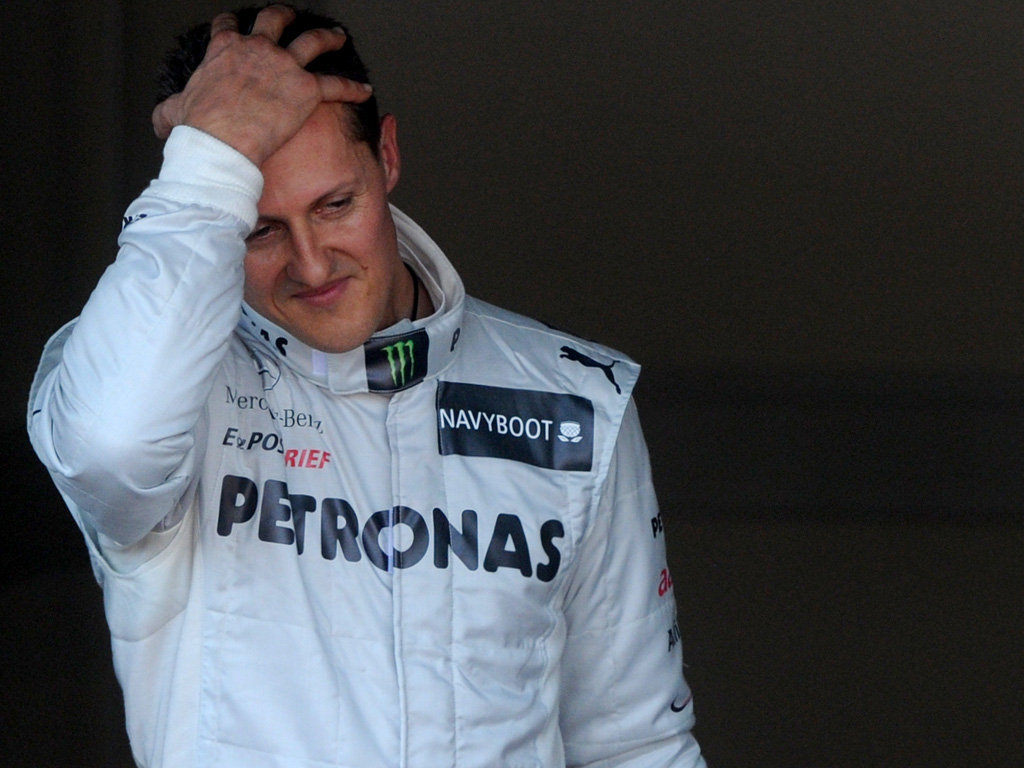 Michael Schumacher is determined to put his recent run of bad luck behind him as he concentrates on securing a solid result at the upcoming European GP.

Schumacher’s grand prix weekends has been largely undone by reliability issues and mistakes, the latest coming at the Canadian GP where he was forced to retire after his DRS wing became stuck in the open position.

It was the German’s fifth retirement of the season and left him with just two points to his credit.

Schumacher, though, is refusing to let his bad run get to him.

“Our entire focus is now on the race in Valencia, and I am sure that everybody’s motivation is even stronger because the weekend in Canada didn’t go as well as we had hoped,” said Schumacher.

“Our motto in the last few days has been to roll our sleeves up and focus on the job in hand; everybody in the team has taken that approach to heart, so we can travel to Valencia in an optimistic mood.

“The harbour area is particularly nice and, given its location, the circuit is also really interesting, so let’s see how we can perform there. You can still feel some of the atmosphere from the America’s Cup in Valencia, which makes this race a special event that we always enjoy taking part in.”

Meanwhile, team boss Ross Brawn concedes steps must be taken to resolve the issues that have dogged the team, especially Schumacher, this campaign.

“The performance of our car and our tyre management were generally good in Canada, however our competitiveness was compromised by reliability problems and mistakes.

“This is a disappointment that is deeply felt by everyone in our team, and we have been working hard to ensure we understand the reasons and deal with them.

“Achieving zero-defect reliability is our highest priority. The opportunities available if we can give both drivers a reliable car and a clean weekend are clear.”