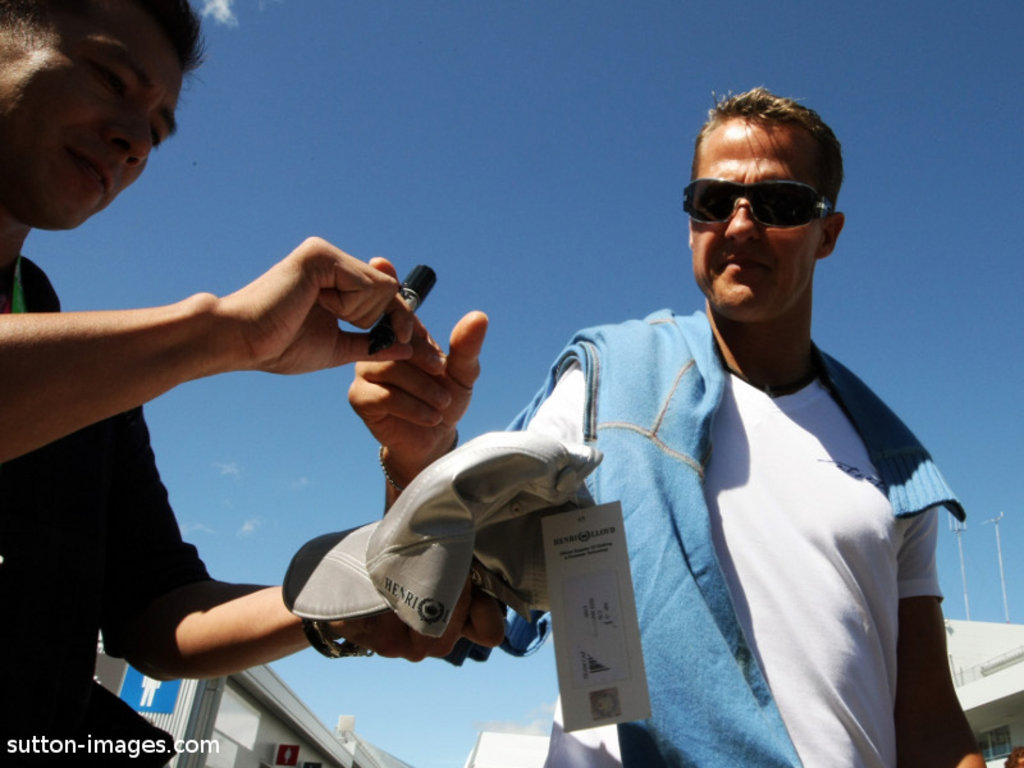 Michael Schumacher believes Sebastian Vettel will savour his second crown as much as the first if he wins the title in Japan on Sunday.

Vettel, who needs to finish just 10th this weekend at Suzuka to become the youngest two-time Champion in Formula One history, won the 2010 Championship in the last race in Abu Dhabi in a nail-biting finish to the season.

By contrast, the 24-year-old Red Bull driver won five of the first six races this season and has cantered to within a point of the title with five races remaining.

While Vettel’s road to a potential second consecutive crown has been far smoother in 2011, the 42-year-old Mercedes driver said Friday his compatriot will value this year’s title just as much.

“But it differs a very small amount. Once you have done it, at least in my experience, you go out and have fun with the team – and then you get focused for the next race onwards.”