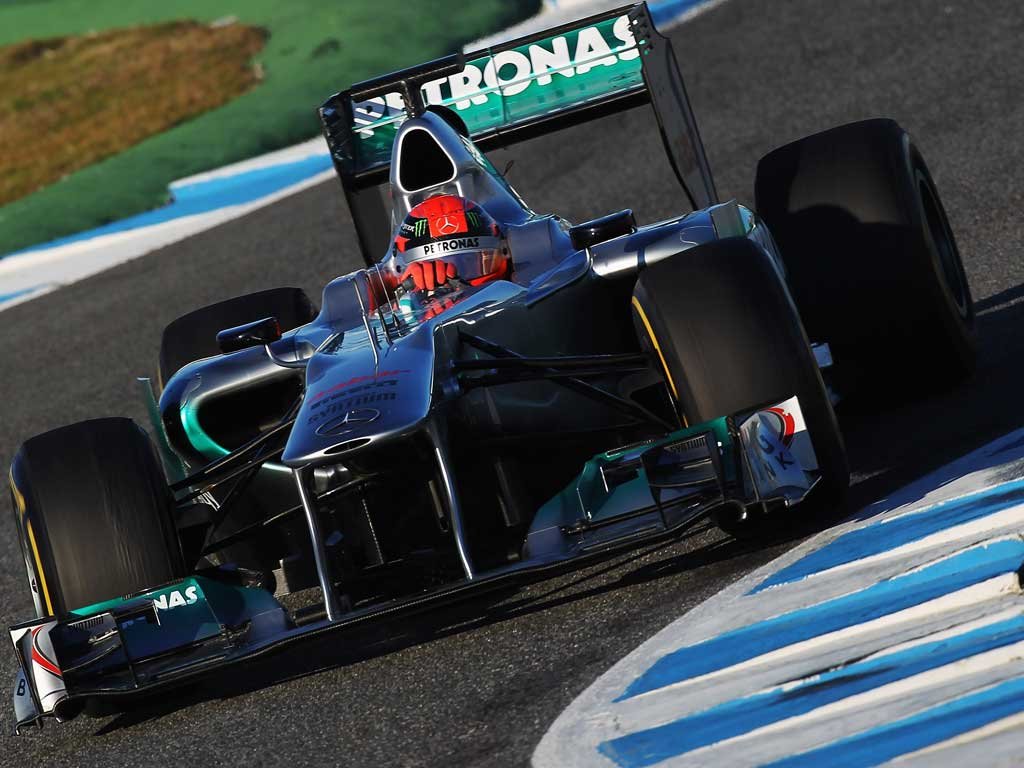 While all things “new” shone on day one on Tuesday with the returning Kimi Raikkonen and stepped noses grabbing the headlines, it was the turn of the “old” to take the limelight on Wednesday.

With Mercedes opting to only introduce their new challenger in Barcelona, Schumacher and team-mate Nico Rosberg are putting a developed 2011 car through its paces in the south of Spain.

That, though, didn’t stop the seven-time World Champion from setting the pace in the morning.

After Red Bull’s Mark Webber dominated the early stages in the new RB8, Schumacher suddenly produced the goods out of nowhere to become the first man to dip under the 1:18 mark.

Webber was second quickest with a 1:19.184 with Toro Rosso’s Daniel Ricciardo 0.403 off his time in third place.

Tuesday’s star Raikkonen had a brief run off the track early in the day. He hit a bump at the end of a kerb and some debris came flying off his car. He returned to the garage and the team changed his plank.

The Finn’s best effort of the morning was a 1:20.239 to put him in fifth place while McLaren’s Jenson Button posted the sixth best time.

Ferrari have promised that they will “collect as many data as possible to understand better the behaviour of the car. So, don’t expect to see spectacular lap times from our side”.

That was the case in the morning as Felipe Massa could only manage a 1:21.060.