Home Uncategorized ‘Schumi showed all of his skills’ 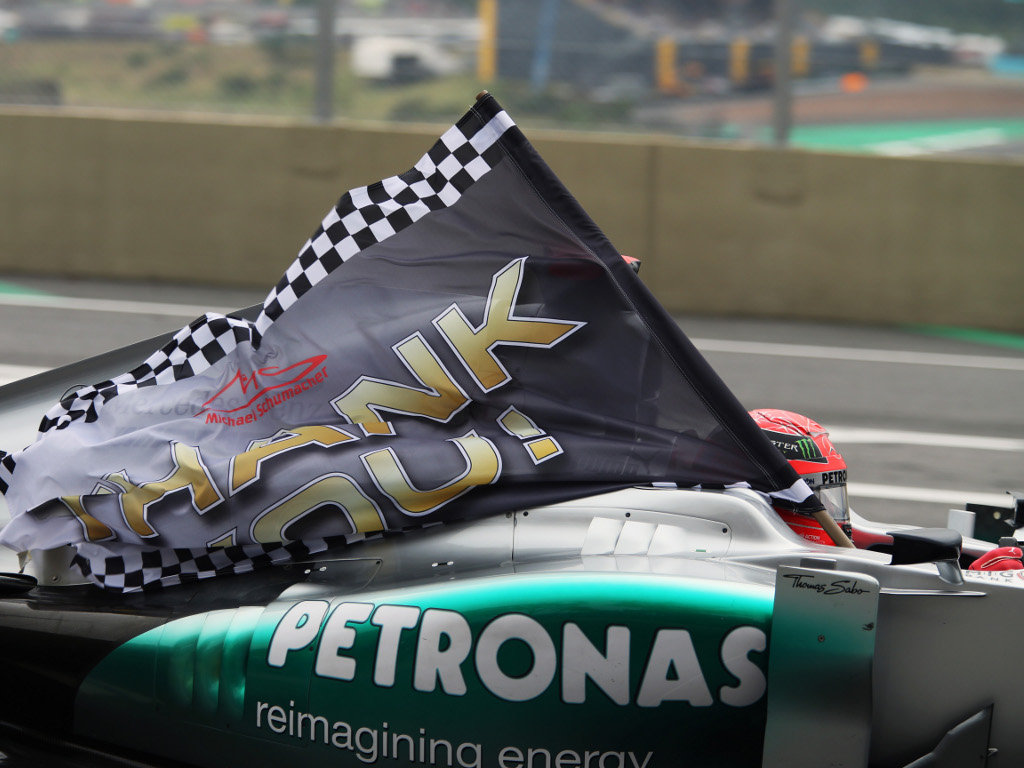 Ross Brawn reckons all Michael Schumacher’s skills were on display in Brazil on Sunday as he bid farewell to Formula One with a top-ten result.

Schumacher’s swansong did not get off to the best of starts as the German suffered an early puncture, dropping him well down the order.

But by the time the 71 laps were complete, the seven-time World Champion had worked his way up to seventh place in the ever-changing and tricky conditions.

“Michael showed all of the skills that we know he has to salvage his race; considered overtaking, good decisions on tyre strategy, and he kept the car on the road to bring us home some points,” said his team boss.

“It was a nice way to finish the season and his career with us.”

And although Schumacher’s second stint in Formula One was not even close to be as successful as his first, Brawn says it was a “real honour” to once again work alongside the German.

“In terms of results, his second spell in Formula One hasn’t been as special but it has been so for all of us who have had the privilege of working with him.

“It has been a real honour for all of the boys and girls at our team, and working alongside Michael gives you a real understanding of why he is so special and has achieved seven World Championships.

“He will be missed and we all wish him the very best for the future.”