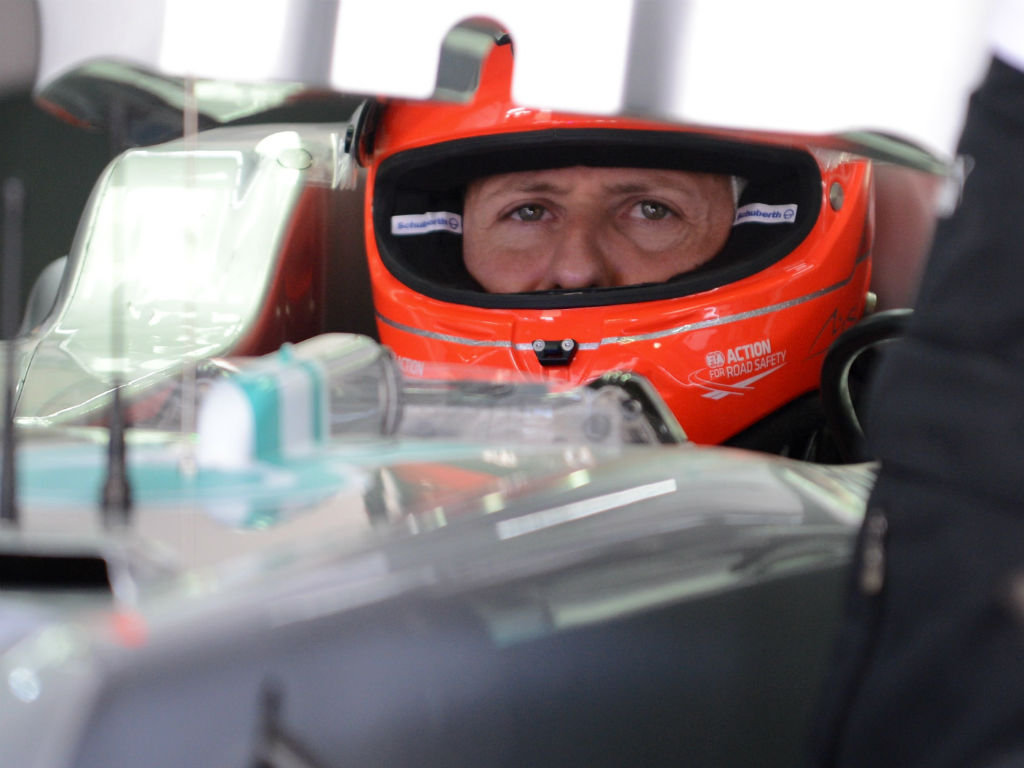 On the up side, Michael Schumacher says Korean qualy was better than last Saturday’s. On the down side, it was still average…

On the up side, Michael Schumacher says Korean qualy was better than last Saturday’s. On the down side, it was still average.

After a dismal weekend in Japan, Mercedes arrived in Korea hoping for better and already there are signs that this grand prix will be.

Both Mercedes drivers made it into the final qualifying segment where Nico Rosberg put his W03 into ninth place, one position ahead of his team-mate.

But despite that being an improvement on last weekend’s qualifying for the seven-time World Champ, Schumacher concedes it is still was not good.

“The positive aspect about today’s performance was that we made a step forward relative to last weekend and got into Q3,” said the 43-year-old.

“But overall, it was an average kind of day.

“We were expecting to end up somewhere between positions eight and ten, but things didn’t go quite right in the final sector of my quick lap.”

The German, who will retire from Formula One racing at the end of this season, is now chasing a “respectable” result in Sunday’s race.

“Looking ahead to tomorrow, I think we can hope to look quite respectable: our long runs were quite good, as were the tyres.

“Let’s see how the race unfolds.”