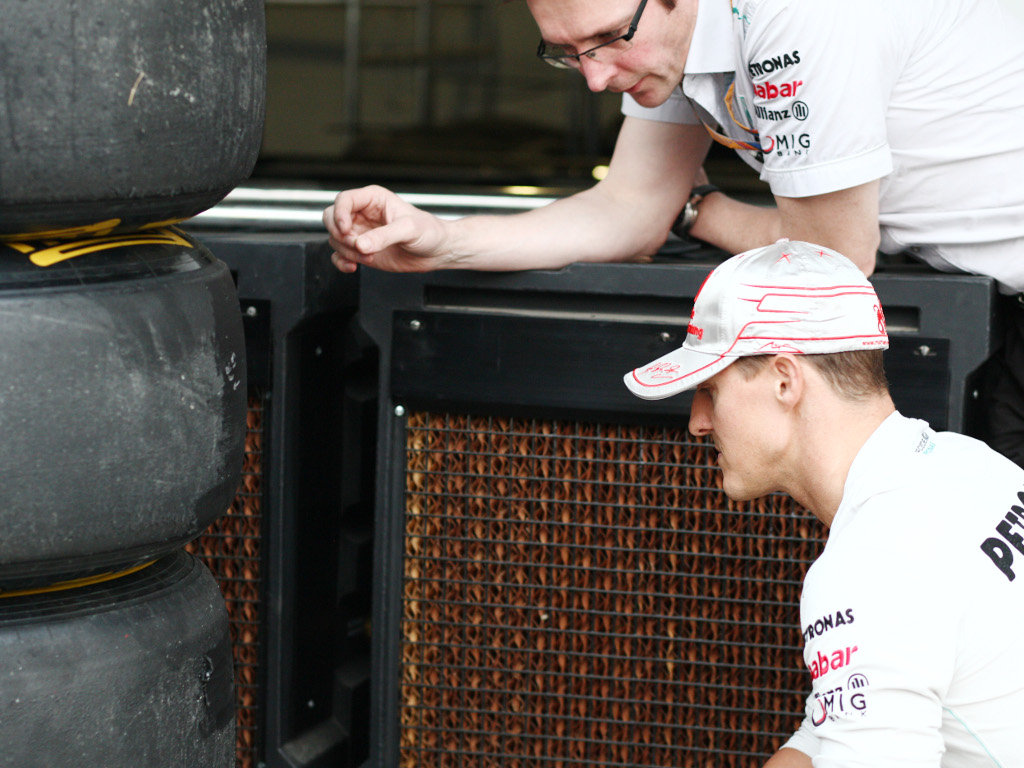 Michael Schumacher was disappointed with his showing in qualifying for the Indian GP after falling well short of his team-mate Nico Rosberg.

The seven-time World Champ dropped out of qualifying in Q2 as the best time he could manage was a 1:26.337. That put him down in 12th place and eight-tenths short of Rosberg’s time, which secured the younger German a slot in Q3.

“Qualifying today was not really very good for us,” said Schumacher.

“At first I hit some traffic, and then on my final run in Q2, there was again vibrations on the set of tyres which I used which was not helpful.

“Saying that, this certainly does not explain the time gap to Nico so we need to understand what the reason was for that and get on top of it.”

The German, though, is confident he can make up positions in Sunday’s 60-lap race as he looks to get back in the points after retiring from the previous race in Korea.

“As for the race tomorrow, this should work out better for me, and my aim undoubtedly is to score some points.

“I’m not really sure which side of the grid will be the better one, so I will just take it from there and try to gain as much as possible.”