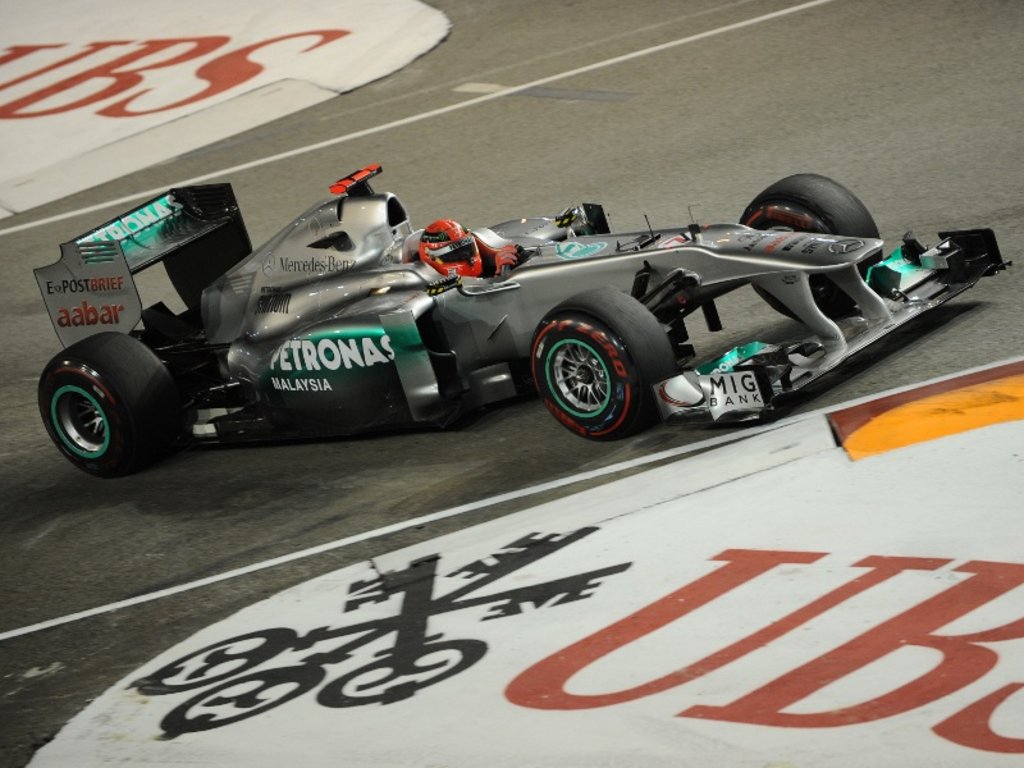 Michael Schumacher reckons it was worth the risk not putting in a lap in Q3 in order to save a set of option tyres for Sunday’s Singapore GP.

Although the Mercedes GP driver made it through into the final qualifying segment, he opted not to put in a single lap.

This allowed the German to save a set of fresh supersoft tyres for Sunday’s 61-lap race around the Marina Bay circuit.

But, as he was one of three drivers to make that decision, the other two being the Force India duo, Schumacher will start the grand prix from eighth place on the grid.

“It was quite a tactical qualifying session, in which we chose not to run in Q3 to save new tyres for the race,” he said.

“In theory, this should be worth some time over the race distance, so it was a calculated risk worth taking.

“As we all know from the past, a lot of incidents can happen during the Singapore Grand Prix, so I will certainly go for any opportunity which might occur.”

But while Schumacher will be keeping his focus on his own race, the German says he’ll also be hoping that Sebastian Vettel takes the title on Sunday night.

“I will definitely keep my fingers crossed for Sebastian to clinch his second World title here tomorrow,” he added.

His team-mate Nico Rosberg is starting P7 as, despite putting in a lap, he was 1.632s down on pole-sitter Sebastian Vettel. However, team boss Ross Brawn revealed that German still has fresh option tyres for the race.

“It was a fairly straightforward qualifying session for us today and we got the maximum performance from the car,” said Brawn.

“We were mindful of the need for good tyres in the race, and with both drivers saving a set of supersofts, we are in reasonable shape for tomorrow.

“Michael decided not to set a lap time in Q3 for this reason; he could have challenged Nico but it was more sensible to save the tyres.”