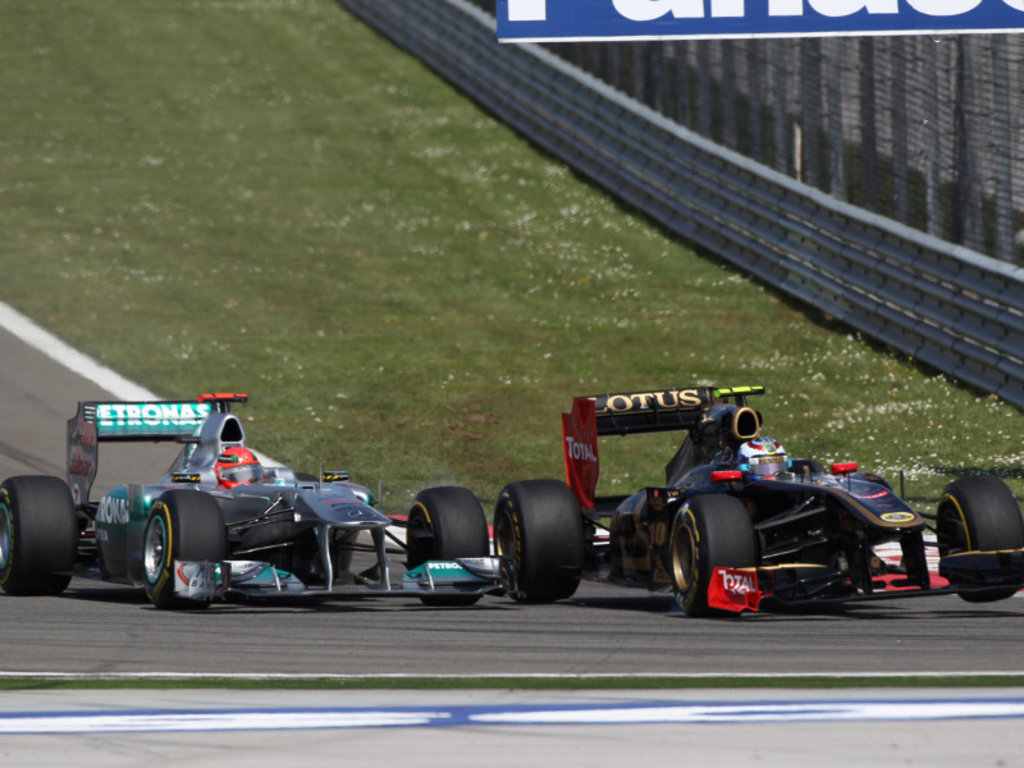 After weeks of insisting that he’s having fun, Michael Schumacher has finally admitted that the “big joy” of F1 racing is “not there right now.”

When Schumacher announced he was returning to Formula One, the German quite clearly stated: “I want to have fun out there.”

However, it seems that he’s not having much joy these days.

Although he has often said since his comeback that he had “fun” out there even though he wasn’t fighting for race wins or podiums, on Sunday in Turkey the fun finally faded.

With rumours suggesting he could be on his way out at the end of the season, Schumacher told the BBC that the “big joy is not there right now.”

Starting P8 on the grid, Schumacher was involved in several battles, including one on lap three with Vitaly Petrov which sent the seven-time Champ into the pits for a new nose.

That dropped him down to 22nd place, from which he fought back to finish 12th.

“What happened with Vitaly Petrov, it was mostly my mistake – suddenly we got together and I lost my front wing,” said Schumacher.

“There was lots of fighting and lots of action, but all for nothing.”

He added: “Mostly I was able to go forward but the big joy is not there right now.”