Home Uncategorized Schumi: The tough get going – sort of 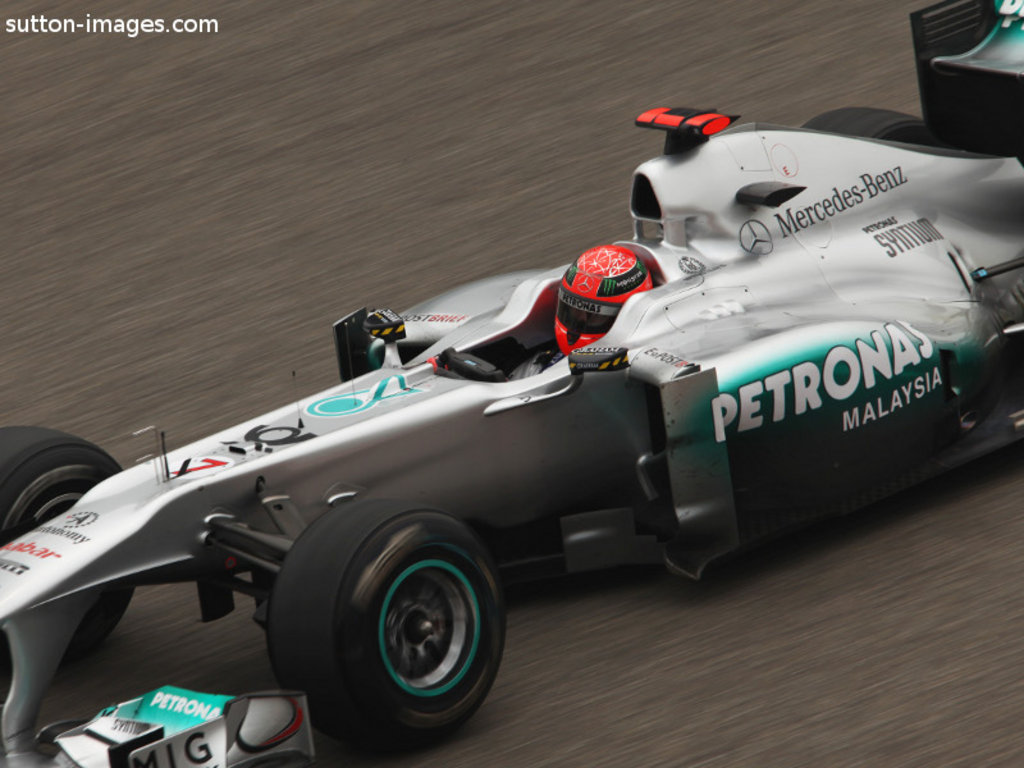 Michael Schumacher has warned that there won’t be any quick fix to Mercedes GP’s problems, saying it’s an “on-going process”…

Michael Schumacher has warned that there won’t be any quick fix to Mercedes GP’s problems, saying it’s an “on-going process.”

Despite clocking the fastest lap time of the week in the final pre-season test, Schumacher and his team have struggled in the opening two races of the campaign.

They had a double DNF in Australia where both drivers were hit by rivals while in Malaysia, Schumacher did finish in the points, although down in ninth place.

“You know, the secret of Formula One is not one particular area,” said the seven-time World Champion.

“It is always paying attention to all kinds of details. There are less important areas, absolutely, but we kind of try to figure out all the little bits and pieces and get them working.

“It is natural or obvious that we had other expectations. We have spoken about the reasons why a certain performance was not able to be delivered.

“That is where we are but in Formula One it is not the first time it has happened to me that things do not go to expectations.

“It is what it is and the only way to go forward is to work off your problems and that is what we are about to do right now.”

The German added that he’s not expecting much better this weekend in China as the grand prix is back-to-back with Malaysia, which means the team has no little time to work on developing their W02.

“Naturally timing after Malaysia to China there is a very short amount of time available and it is not the case that we have major upgrades for this event. We will have for other events.

“It is more actually to understand the car and pull out the true and complete potential. There is more potential than we have been able to show, but we haven’t yet found the tweak to make use of it.”