Home Uncategorized Schumi: Too early to write us off 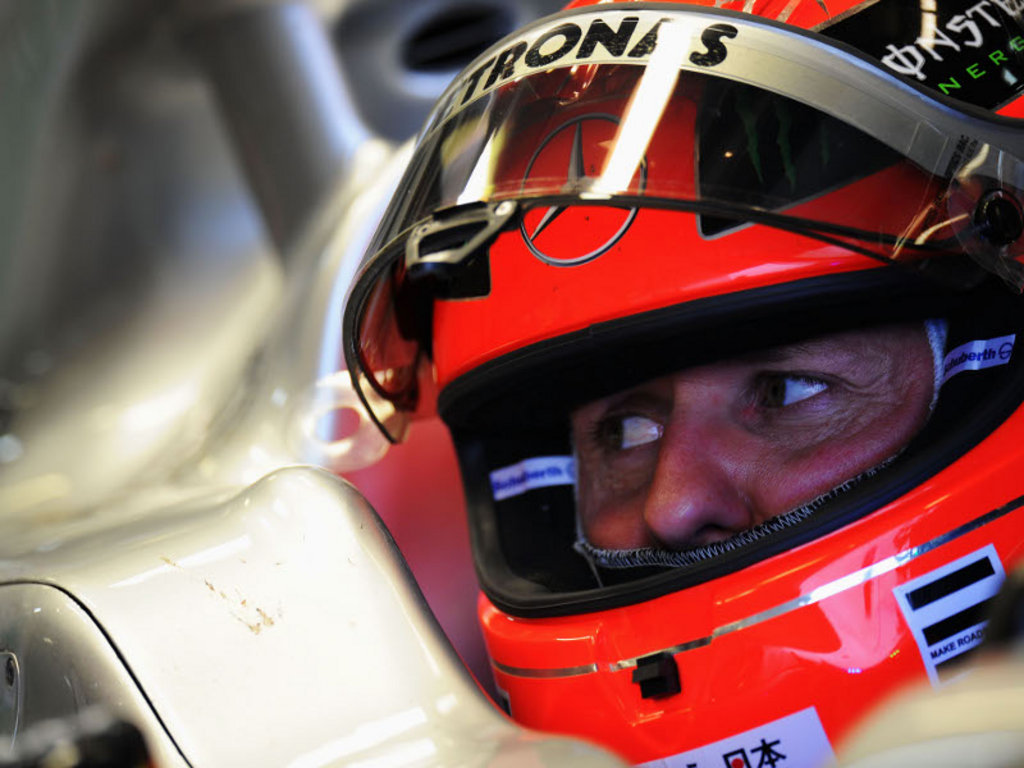 Michael Schumacher has warned Mercedes’ critics to write the team off at their peril, confident the team will have a good weekend in Malaysia…

Michael Schumacher has warned Mercedes’ critics to write the team off at their peril.

Mercedes endured a season-opener to forget in Australia on Sunday, one that fell way short of the expectations that had built up over the two previous weeks.

A strong end to testing suggested Mercedes had resolved the issues to blight them in the weeks previously, and that Schumacher would again be a force to be reckoned with.

But that was far from the case as the seven-times World Champion suffered over the course of the weekend in Melbourne’s Albert Park.

Schumacher initially qualified a lowly 11th, was then tagged at the first corner that forced him to pit at the end of the first lap due to a puncture, prior to retiring on lap 19 as the earlier collision had damaged the floor of his car.

As for team-mate Nico Rosberg, he at least qualified a respectable seventh, but his race ended two laps after Schumacher after being run into by Rubens Barrichello in his Williams.

On the basis it cannot get any worse in Malaysia in nine days’ time, Schumacher said: “There is absolutely no doubt we want to do better than in the opening race, which was a disappointment for all of us.

“We clearly see that as a challenge and it is much too early to write us off.

“Everybody in the team remains positive and is in a fighting mood, so I expect a better weekend for us to come, a weekend we can build on.”

Team principal Ross Brawn is now expecting his team to step up to the plate and prove Mercedes has what it takes to compete at the front.

“We endured a difficult weekend despite reasonable expectations after completing a successful testing programme in Barcelona,” said Brawn.

“We suffered a number of problems which resulted in a far-from-optimum car for qualifying and the race, and then were unlucky to suffer a disappointing double retirement for Michael and Nico.

“Our priority since Melbourne has been to regroup back at our factories, to review the weekend in detail, and to establish the best way to achieve the full potential of the car from Malaysia onwards.

“How we respond to the disappointment of Melbourne, and the challenges we faced, will be a true measure of our team.”