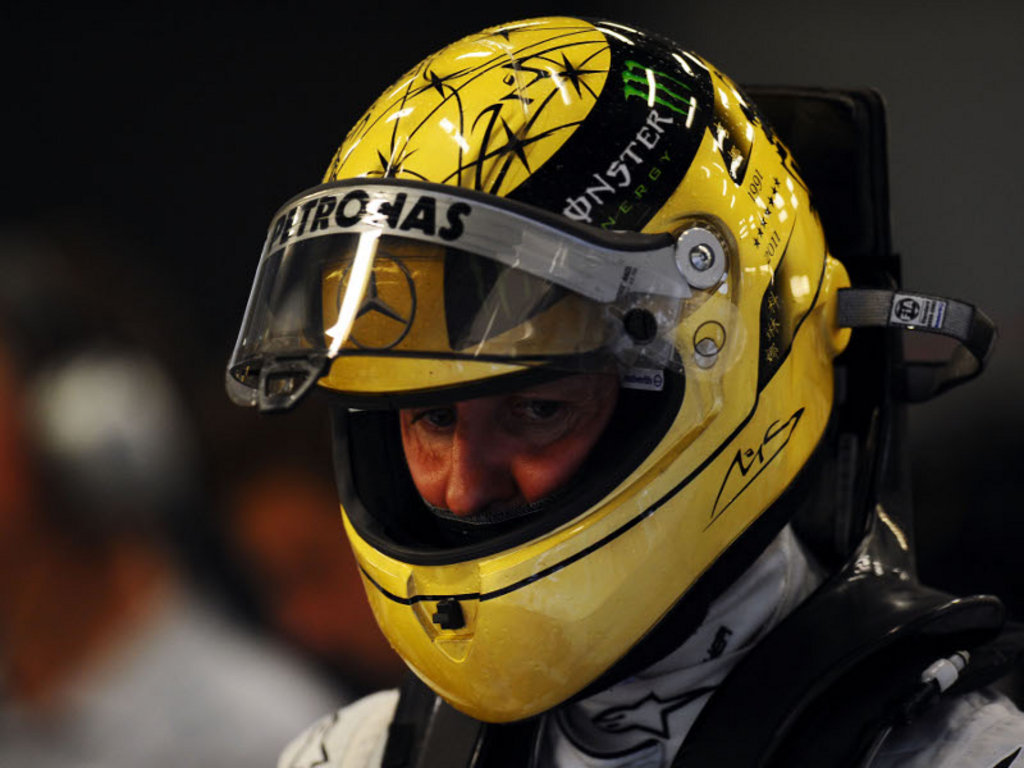 Michael Schumacher is still basking in the memory of his Belgian GP drive, a fitting way to mark his 20th year in Formula One…

Michael Schumacher is still basking in the memory of his Belgian GP drive, a fitting way to mark his 20th year in Formula One.

Schumacher, having crashed out in qualifying through no fault of his own, was forced to start Sunday’s 44-lap grand prix from the very back of the field.

But, by the end of the opening lap, he was already up to 15th place and from there progressed to finish fifth.

“I was very happy with how the whole weekend went,” Schumacher told the Times of India.

“It was nice to see that such a lot of people were happy for me, and I very much appreciate their attitude.

“The way the race went in the end made up big time for the disappointment in qualifying and we are geared to go to Monza now.”

Later in the season, though, F1 will pay its first visit to India with the Buddh International Circuit hosting the country’s inaugural grand prix on October 30th.

Asked for his thoughts on F1 ‘breaking new ground’ into India, he said: “I can only repeat myself in saying again that F1 is a World Championship. So the more continents and countries involved, the better it is in my view.

“I have always been curious to get to know new cultures, so I am looking forward to travelling to India as I haven’t been there.”