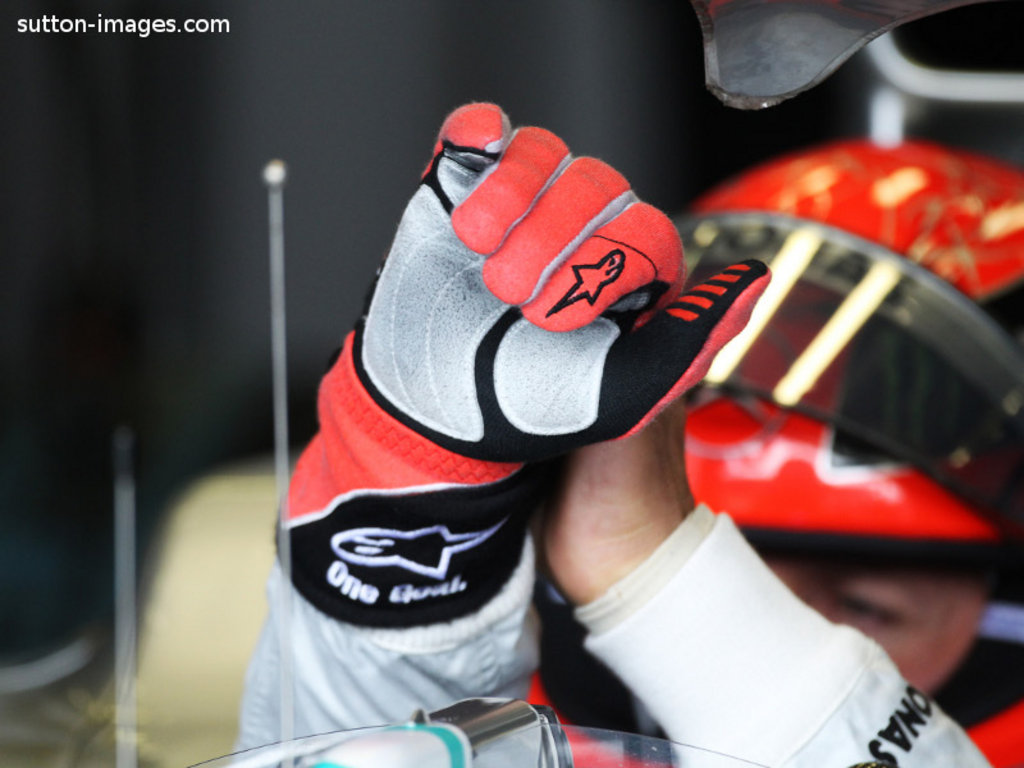 It was yet another disappointing Saturday afternoon for Michael Schumacher who failed to impress in qualifying for his home grand prix.

Having finished Friday’s running inside the top five, Schumacher had expected to put in a solid performance at the very least on Saturday afternoon. But it was not to be.

The seven-time World Champ finished last of those in the top-ten shoot-out having only just scrapped through into it. But more worrying for Schumacher was that he was over 1.2s behind his own team-mate Nico Rosberg, who put his W02 up into sixth place.

“We did not perform to expectations this afternoon and already this morning, the car was not the one I had in my hands up to the first run in P3,” Schumacher said.

“It felt like I was just sliding around out there and the balance wasn’t great.

“We had a KERS problem this morning, which we thought explained the big gap to Nico, however in qualifying I was still nearly a second away and couldn’t have matched his time, so we have to analyse deeply what could be the reason for it.

“Obviously then, I tried to push even harder to compensate which lead to a mistake in the last chicane on my last lap, probably costing me P8.

“We now have to see how we can improve for tomorrow, and I will certainly try to have a good start and a race as good as possible.”

But while Schumacher wasn’t at all happy, Rosberg reckons he turn his grid slot into a good result in front of his home fans on Sunday afternoon.

“Sixth place is a good place to start tomorrow, and whether the conditions are wet or dry, I think we can have a good race from there.

“I’m happy with the set-up work that we have achieved this weekend and that the new parts are working which is really satisfying. We can see that we are going in the right direction.

“It should be an exciting race tomorrow and hopefully I can make up a couple of positions in front of all the German supporters.”