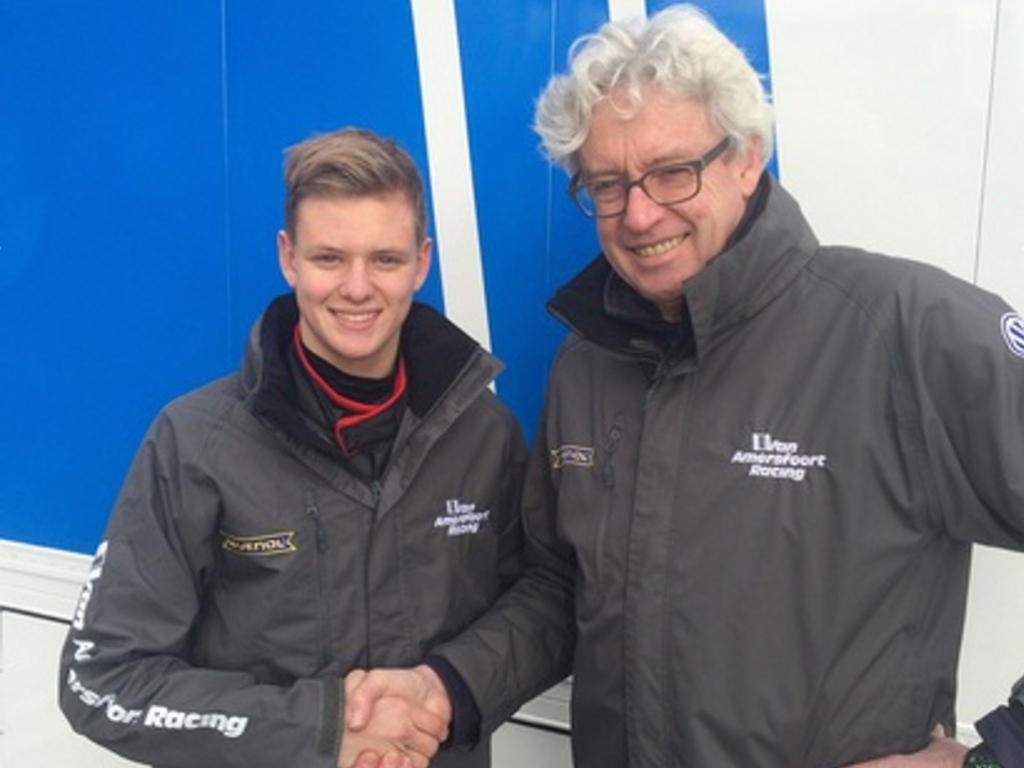 Michael Schumacher's son, Mick, will make the step up from karting this year after signing a Formula 4 deal.

The 15-year-old finished second in the World, European and German kart Championships last season, but will race for Van Amersfoort Racing, the same team that Max Verstappen competed for in Fomrula 3 last year.

He will race in the German ADAC Formula 4 Championship in 2015 and his first event has been pencilled in for 25 April.

"In the last couple of years, it has become a tradition for us that we offer the runner-up from the German junior karting championship [DJKM] a test session in our simulator," Van Amersfoort Racing boss Frits van Amersfoort said. "This is handled by the DMSB, the German motorsport authority, and that is how we first got in touch with Mick Schumacher last autumn.

"He spent a full day in the simulator at our headquarters in The Netherlands. Then we witnessed him during a test session at Valencia and eventually, we reached an agreement to compete together in this year's ADAC Formula 4 series."

Schumacher senior, who continues his rehabilitation from the life-threatening head injuries he sustained during a skiing accident in December 2013, remains Formula 1's most successful driver winning seven World Championships.