Home Uncategorized ‘Seb and I have our ups and downs’ 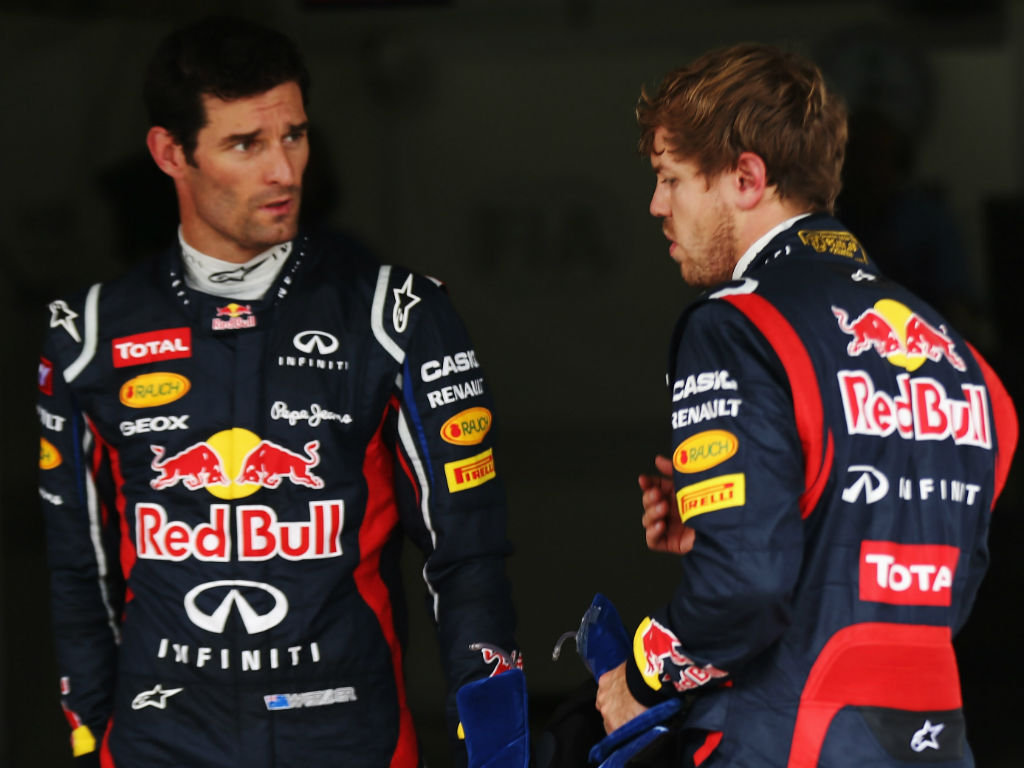 Mark Webber maintains he is unlikely to enjoy a “super close” relationship with Seb Vettel due to the high stakes, but says “in general it’s good”…

Mark Webber maintains he is unlikely to enjoy a “super close” relationship with Sebastian Vettel due to the high stakes, but says “in general it’s good”.

Vettel secured his third consecutive Drivers’ Championship in Brazil on Sunday, but his Australian team-mate kept a very low profile during the post-race title celebrations.

The pair will be the first to admit that they have had a testy relationship over the past two years, but Webber insists they have a lot of respect for each other.

“We’ve been up and down, probably like any relationship or marriage,” he said.

“Sometimes it’s great and sometimes you need to work at it a bit more. We obviously have good respect for each other. I think ultimately what’s at stake, it’s not possible for us to be super close but in general it’s good.

“It’s quite funny after India, apparently the German media were picking up on something where we were into each other big time and having huge problems with each other, but I was on Seb’s plane that night together travelling with him.

“With team-mates it’s always a testy relationship where I think you get closer when you stop. It’s like with David Coulthard and myself, we were okay as team-mates, good respect, but as soon as you stop the guard comes down and you are closer.”

Webber will once again partner Vettel at Red Bull next year after he signed another one-year contract with the Milton Keynes squad.

The 36-year-old says he will continue as long as the motivation is there.

“So long as you still have something to offer yourself, you continue. If I turned up, or any driver turned up, and said well I can’t win the Championship, then you would only have two or three drivers on the grid. That’s my goal, to put together a campaign for which I have fought for Championships.

“If I got spanked 20-0 in qualifying and was literally not on the radar, then yeah, it’s obvious, but until that point comes and I’m motivated, I’ll keep competing.”