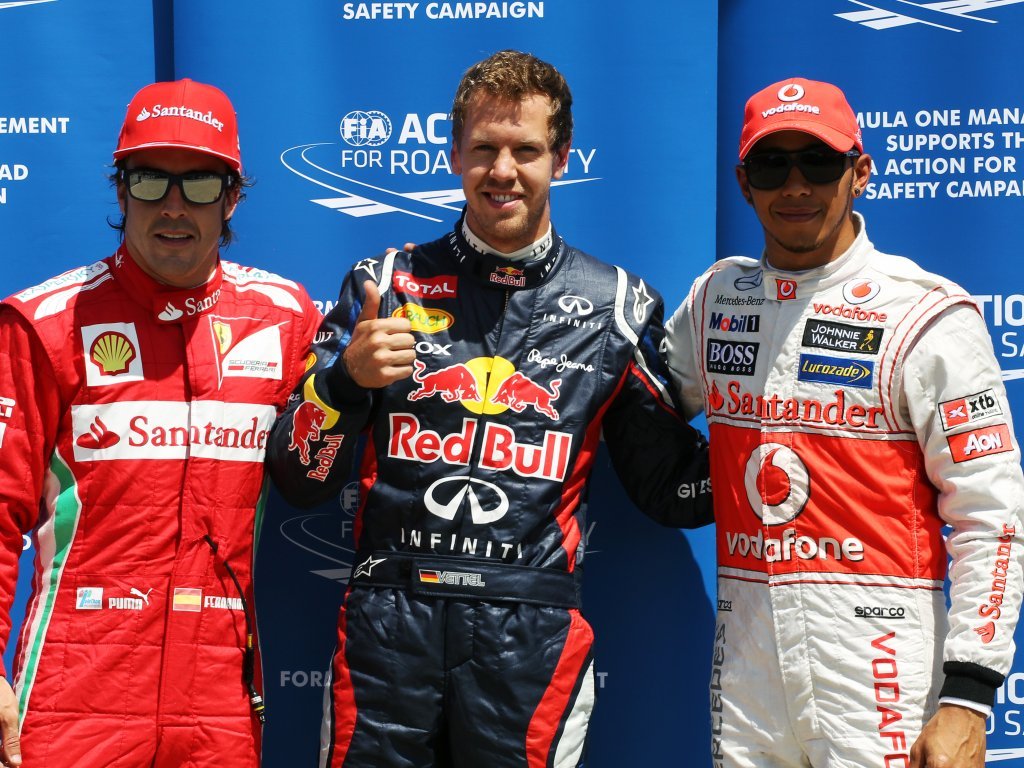 Sebastian Vettel has hailed Fernando Alonso as “one of the most complete drivers” and described Lewis Hamilton as “very, very quick”.

World Champion Sebastian Vettel has hailed Fernando Alonso as “one of the most complete drivers” and described Lewis Hamilton as “very, very quick”.

The 2012 grid is arguably one of the best in Formula One history and Vettel believes Alonso and Hamilton will go down as two of the outstanding drivers of the current era.

When asked by the BBC at the Goodwood Festival of Speed which modern drivers could be all-time greats, he replied: “The ones that stand out are probably Fernando, he’s one of the most complete drivers. Lewis is very, very quick. There are plenty of others.

“Michael [Schumacher] is still in the game. I don’t think he has lost it.”

He added: “At the moment we have a lot of drivers performing at a similar level – it is very competitive.

“It is a long list at the moment. We have had a lot of different winners this season and all of those drivers are very competitive and very fast.”

Vettel was also quick to point out that drivers should not just be judged solely by the number of titles they had won.

“If you look at great names from the past, drivers like Alain Prost, Ayrton Senna, Jackie Stewart… they all won a lot of titles.

“But there are other names that stay in your head and stay around because they had something extra. They were special.

“All F1 drivers are very quick, but those guys had something extra, something maybe the people loved, he was very entertaining, it was very special to watch him driving the car.

“There are plenty of other characters who maybe didn’t win the title but are still people’s heroes and rightly so.”