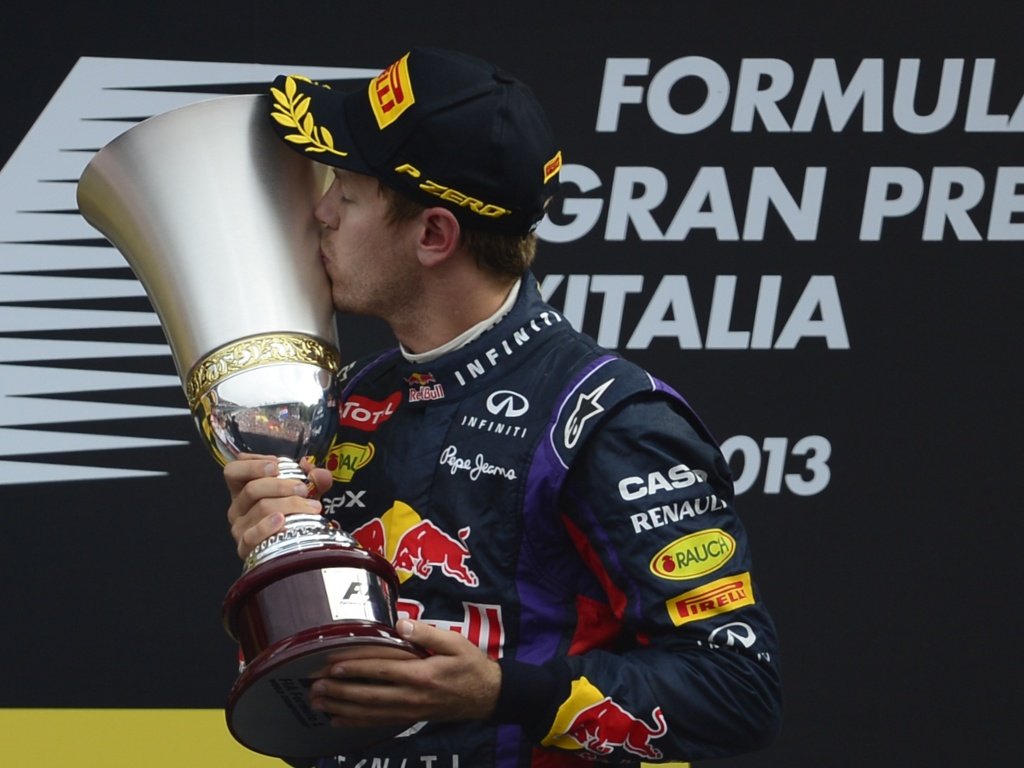 Sebastian Vettel didn’t mind getting booed on the Monza podium on Sunday as it meant he had beaten Fernando Alonso to the victory.

Just days after lamenting the “unfair” boos he received at Silverstone, Vettel was once again jeered by a crowd while on the podium.

This time, though, the Red Bull racer has downplayed it.

“It was a fantastic race but you can hear the difference when you don’t win here in a red suit but it means you have done well and beaten the red men,” he said.

And that’s exactly what he had done.

Putting in a commanding performance, the triple World Champ extended his lead in the Drivers’ Championship to 53 points over Alonso after beating the Ferrari driver to the Monza win.

Starting from pole position, Vettel may have locked up in the rundown to Turn One but that didn’t seem to bother him too much as he put distance between himself and the chasing pack.

The victory was Vettel’s third at Monza and ties him with Alonso on 32 career wins.

“It was a great team effort today,” said the 26-year-old who was joined on the podium by team-mate Mark Webber.

“The race was terrific for both of us, we had problems with the gearboxes at the end, but I was OK because I had a good cushion and it was a fantastic win.”

Meanwhile, despite having a contentious relationship, Webber actually stood up for his younger team-mate in the post-race press conference saying “the atmosphere was not correct, Sebastian won the race… but that’s their choice.”

The German was also praised by his team boss Christian Horner, who while delighted refused to declare that this year’s title is Vettel’s.

“Sebastian has been amazing here this weekend. only mistake has made was on the rundown to Turn One, when he locked up.

“That was a great team performance today.

“It’s a great victory for us, but there’s still 175 points left. Anything can happen but we’re in a healthy position.”