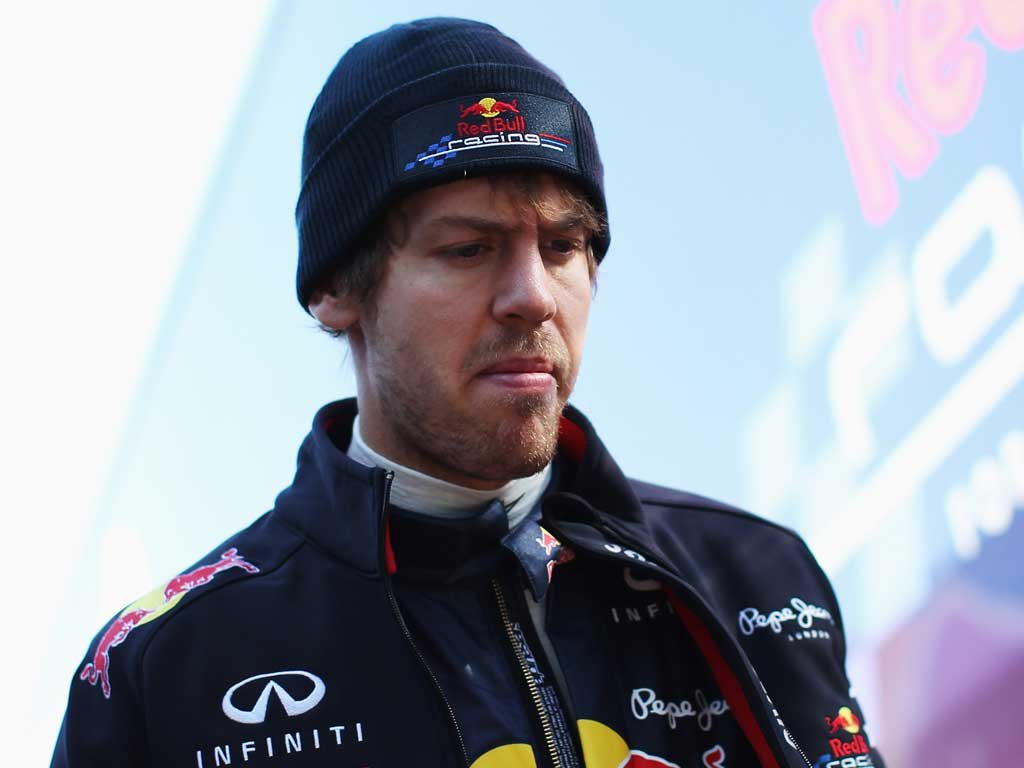 Sebastian Vettel admits he is still finding his way around the new car, but believes it was satisfactory day for Red Bull in Barcelona on Tuesday…

Sebastian Vettel admits he is still finding his way around the new car, but believes it was satisfactory day for Red Bull in Barcelona on Tuesday.

World Champion Vettel, who completed 79 laps, took the first-day honours at the Circuit de Catalunya as he posted a fastest lap of 1:23.265 during the latter stages of the day.

“It’s clear that the cars have less grip than last year, but we try to come back from that slowly,” said the German, who was on hard tyres when he recorded his best lap.

“It’s difficult to judge where we are compared with the others right now. It’s all based on feeling and the feeling I have inside the car at the moment is fine. I think we had a good day today, with no trouble.

“We had a long lunch break when we made some changes, but not because anything broke down. All in all, it was a good day.”

Although the team lost some time after making changes at lunch, head of race engineering Ian Morgan feels they achieved everything they wanted to.

“We got through most of what we wanted today,” he said.

“We had a longer than usual break for lunch, in order to change some things, but that had always been planned. So, while we lost a little time, it wasn’t at the expense of getting the tasks completed.

“These tests are a process of continuous development and the programme today was influenced a bit by what we learned at the last test. We also had to test some items that were put into development before the car even took to the track.”

He added: “The next two days will be somewhat different. We will be doing race simulations and will have the whole race team here, so we will try to mix that with continuing the development. There aren’t many chances to run through a whole race weekend before the season starts and we’ll do a simulation with each driver. Those should keep us on our toes for the next couple of days.”

Related link
Day one belongs to Vettel
Gallery: It’s Back To Work In Barcelona