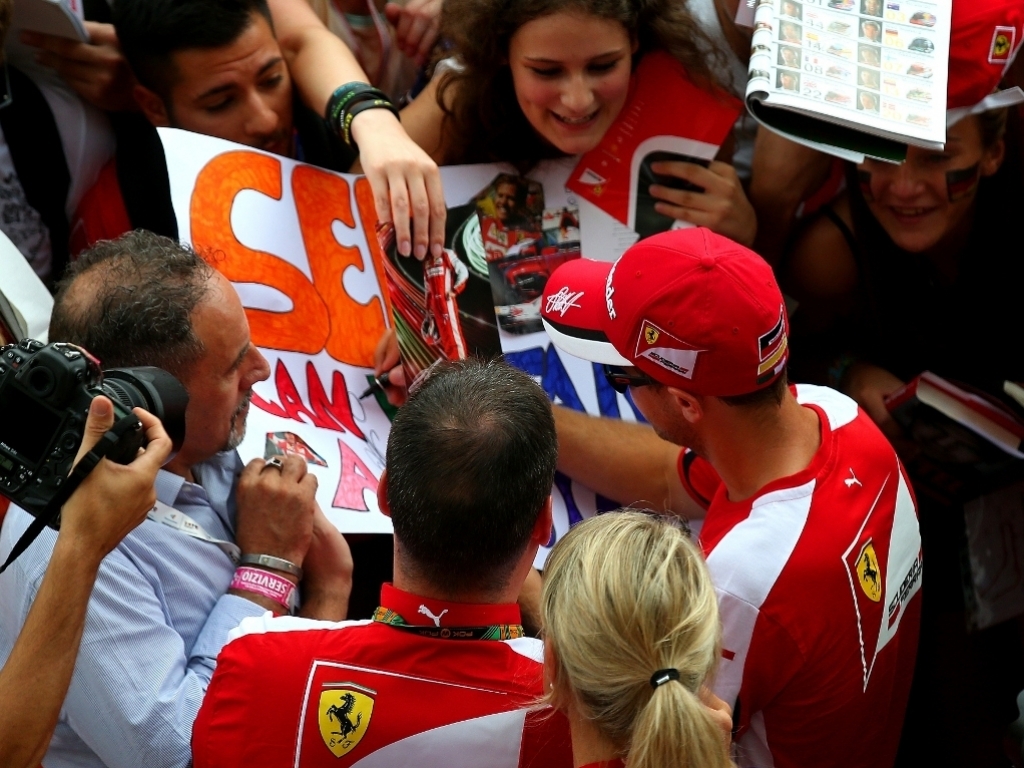 It is all still sinking in for Sebastian Vettel after he made a solid debut for Ferrari at Monza, but the four-time World Champion is hoping for something special in front of the home fans on Sunday.

Lewis Hamilton from Mercedes will start the Italian GP from pole position after taking P1 for the 11th time this season, but he will have the Ferrari of Kimi Raikkonen next to him while Vettel is third on the grid.

Raikkonen and Vettel's starting positions are Ferrari's best of the season and the German, who is in his first season at the Scuderia, is hoping they can improve even further on race day.

"It's a fantastic result, second and third and very close to Lewis. I think that's the main positive of the day. It gives us great confidence for tomorrow," he said in the post-race press conference.

"It's our home race and it's really something special every time you drive past [the fans]. It's the first time for me obviously in red, to see the Tifosi standing up, waving the flags and jumping up and down in the grandstand definitely makes it different to all the other races I've done before. I'm trying to take it all in and enjoy the day as well tomorrow.

"Hopefully we can both be on the podium tomorrow, sorry Lewis, I wouldn't mind if you are not on the podium. You can be, but if we are both ahead of you that would obviously be a dream come true. I think dreaming is allowed, but nevertheless you have to realistic. It's going to be a tough race tomorrow and these guys [Merceds] have some serious pace in the race."