Home Uncategorized ‘Seb era not as boring as Schumi one’ 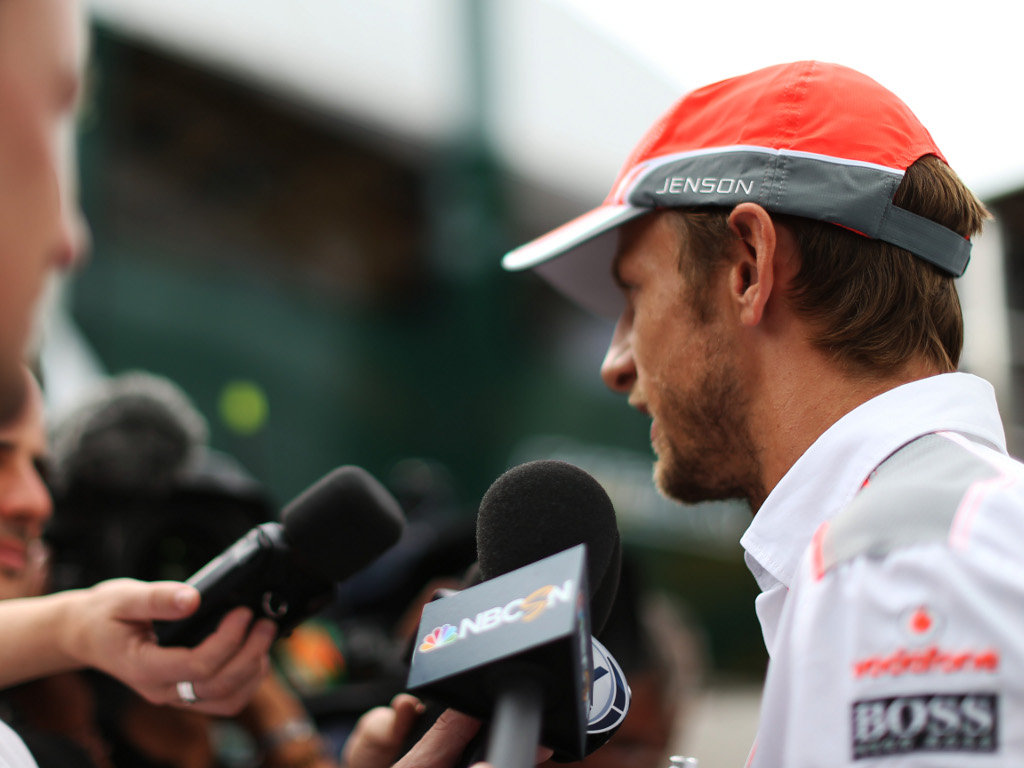 Jenson Button insists F1 is “more fun these days” than it was during the Michael Schumacher era, despite Sebastian Vettel’s current dominance.

Jenson Button insists Formula One is “more fun these days” than it was during the Michael Schumacher era, despite Sebastian Vettel’s current dominance.

Vettel won his sixth race of the season with relative ease in Italy on Sunday to open up a 53-point lead at the top of the Championship standings with only seven races left.

His rivals know that unless he suffers a few DNFs in the next few grands prix then he will have a fourth consecutive title wrapped up long before the season comes to an end in Brazil on November 24.

Vettel’s current success has already been compared to that of his German compatriot Michael Schumacher, who won seven World Championships.

Button, who started his F1 career in 2000 when Schumacher won the first of five consecutive titles, insists the Vettel era doesn’t come close to that of Schumacher in terms of boredom.

“It’s different from what I remember with Michael,” Button told Press Association Sport. “They (Red Bull) have won the Championship for three (consecutive) years and they are going to win it again – I think.

“But the racing seems more fun these days, there is more action and there are a lot of different people winning grands prix. You also have four different teams winning races now – which should be five, and it will be five in the future, as I include us.

“It feels as though you come out of the blocks and everyone is fighting for victories, but they (Red Bull) get stronger through the year – or we and the other teams are not as strong as them.”

Vettel has won three of the last four races, but Button feels the other teams are likely to put up a much better fight in Singapore and Korea.

“It’s been very up and down for a lot of teams at the front, but the last couple they (Red Bull) have just walked it,” the 2009 World Champion said.

“The lower downforce setting, a weakness of theirs in the past, they have really got to grips with, a real handle on it, and they’ve done a good job in the last couple of races.

“We’ll see what happens in the next race where it’s high downforce, it might be a different story and if it is then we can all get excited again.

“But at the moment they are looking superior.”