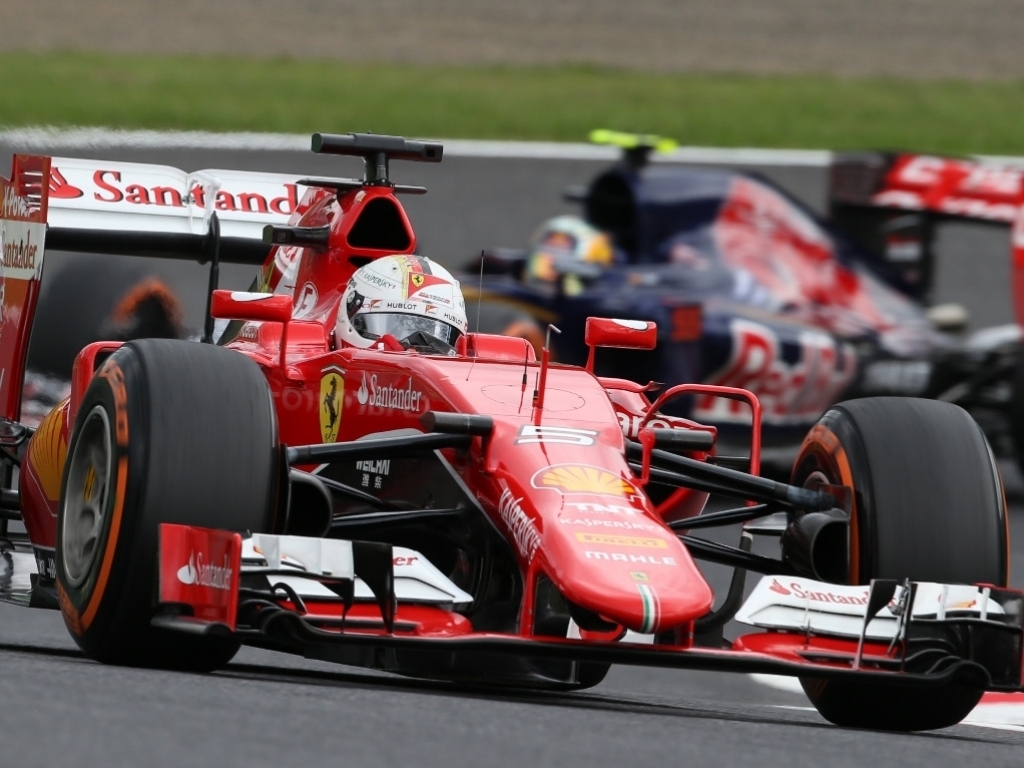 Ferrari couldn’t follow up their brilliant display in Singapore with another pole position, but Sebastian Vettel vowed to give it his all on race day in Japan.

The Scuderia enjoyed a dream weekend at the Marina Bay as Vettel was on pole and took the race win while team-mate Kimi Raikkonen was also on the podium.

However, they have found life a lot more difficult at Suzuka as Mercedes have returned to the front while Red Bull and Williams have also upped their game again.

The drivers didn’t get final runs in Q3 on Saturday following a heavy shunt from Daniil Kvyat in the Red Bull and Vettel, who will only start fourth, admits he had his eyes set on third.

“It was a tricky session for myself. I didn’t really get going at the beginning, I couldn’t feel the car so I struggled a bit to find the right balance,” the four-time World Champion said.

“On my second run on the medium tyres in Q3, there was a big improvement as compared to the lap I had done in Q2, as if the car had “become alive”. In the end we can be reasonably happy, I had a decent lap and I was a lot happier than previously; having scored a lap time which is competitive.

“Third place on the grid would have been the maximum today, but I missed this by one position.

“Mercedes are back to their usual level of competitiveness, as we have seen – unfortunately – all year. They will be the ones to beat tomorrow, but for sure we will try everything we can, even if we may expect stronger competition from Red Bull Racing and Williams.”