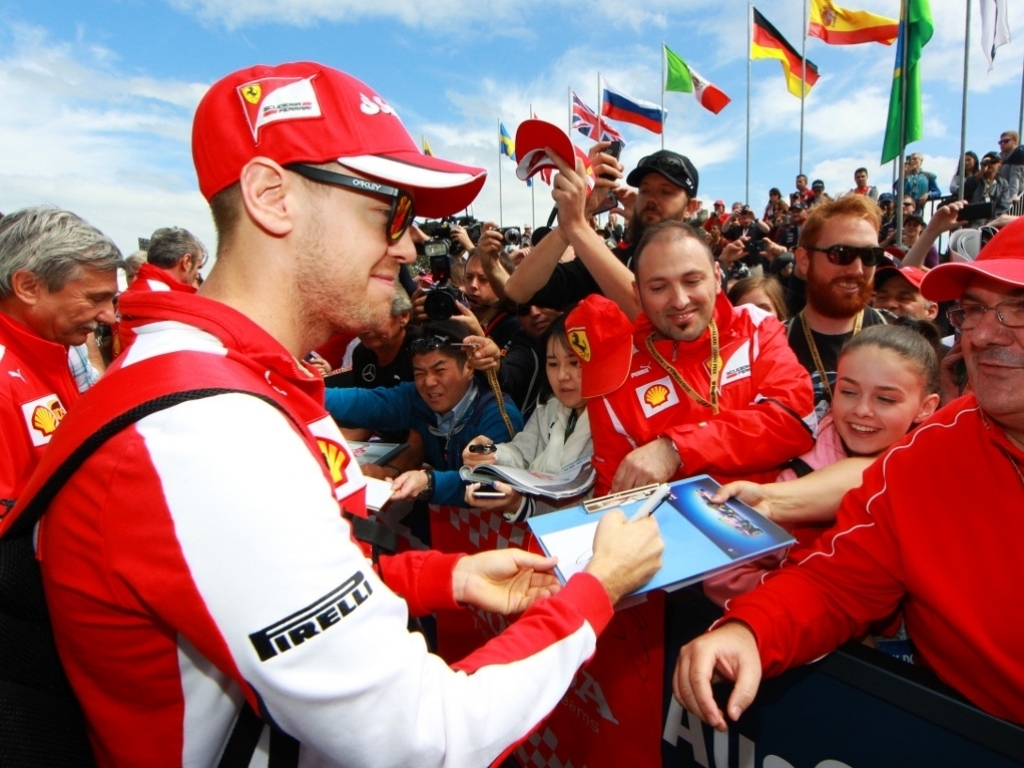 Sebastian Vettel feels Ferrari have "definitely improved" over the winter but won't know by how much until Saturday's qualifying.

Although the Scuderia came to the fore in the opening pre-season test, by the third it was all Mercedes.

However, Vettel and team-mate Kimi Raikkonen were up there near the front, finishing as the third quickest pairing behind the Mercedes and Williams drivers.

But whether that pre-season pace will carry through into the championship has yet to be determined.

Vettel, though, is confident that Ferrari have improved.

He said during Thursday's press conference: "I think generally the atmosphere is very positive.

"Obviously there has been a lot of change over the winter but people have been working very hard and I think we have definitely improved as a team.

"Now we’ll see when we get the chance to put the car on the track, we can see where the others are, see what the others run, especially on Saturday.

"Finally you know a little bit more. Winter always is a bit tricky to understand everything."

Pressed as to whether Ferrari can fulfill team boss Maurizio Arrivabene's goal of winning two races this season, the four-time World Champion said former team Red Bull proved last season that a team other than Mercedes can win.

"It depends on the form of the other teams as well but I think we’ve made a step," he said. "We’re yet to find out how big the step is and then it depends.

"I think we’ve seen last year that there’s chances to win races – not just for Mercedes.

"So if you put yourself in a very strong position, probably at the beginning of the season right behind, then, yeah, if something happens, you’re there.

"I’m sure it’s not what they want but these things can happen to all of the drivers, all of the teams."