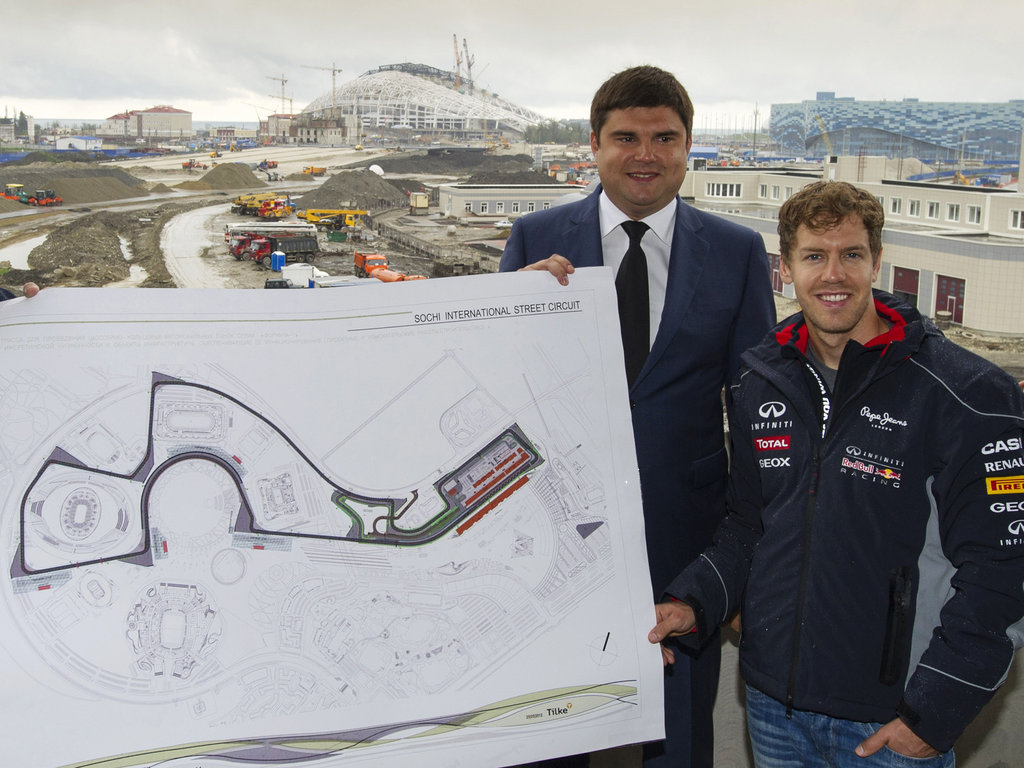 Sebastian Vettel has given the Sochi venue for Russian Grand Prix his seal of approval after visiting the area.

The Russian Black Sea resort is set to make its Formula One debut in 2014 and the 5,872-metre track is expected to be completed in July next year.

Triple World Champion Vettel visited the track alongside former driver and current BBC F1 commentator David Coulthard and admits he was impressed with what he saw.

“It’s my first time in Russia and I’m already looking forward to coming back next year,” said the German. “The facilities here look incredible.

“I didn’t see much of the circuit, but the drawing looks interesting. Some corners look very quick, especially the 180-degree one. It could be quite challenging for the drivers.

“Now you need some imagination to see how the circuit will look after construction work will be finished. But this place is incredible – with the city, the sea and mountains around it.”

Oleg Zabara, deputy general director of the race organisers, added: “Construction of the track and the main facilities is on schedule.

“Hosting a Formula One grand prix is a key project for this country, highlighting the status and the image of modern Russia.”