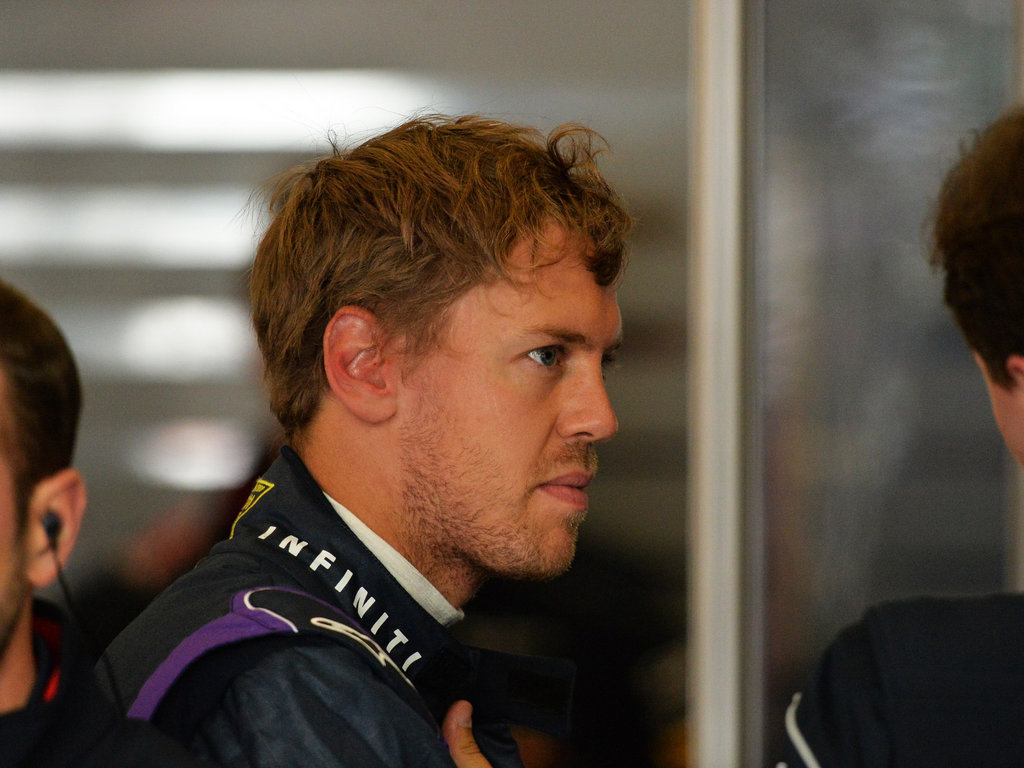 Sebastian Vettel believes P3 was the “maximum” that Red Bull could achieve in qualifying at Silverstone as Mercedes were “in a different world”.

Lewis Hamilton will start the British Grand Prix in pole position after producing a stunning 1:29.607 in Q3 while his team-mate Nico Rosberg will start next to him on the grid.

Vettel, whose 1:30.211 was good enough for P3 while Mark Webber could only manage a P4, was not too downbeat as he feels the Mercs are “bloody quick in qualifying”.

“Either Lewis found a shortcut or he has something special around here,” said Vettel.

“It was a phenomenal lap, not in our reach today. I had a good lap and was close with Mark. We did what we could.

“Certainly we are not giving away anything consciously or on purpose, they are bloody quick in qualifying.

“We are not too bad, but they are in a different world on Saturday afternoon.”

Vettel, though, couldn’t help but have another dig at Mercedes over Testgate.

He added: “I think P3 was our maximum [in qualifying] but for tomorrow who knows – they are also getting better. It helps the more time we spend on the tyres – let’s leave it there…”

The three-time World Champion’s rival for the title Fernando Alonso of Ferrari could only manage P10.

“It is not good news for him and I’m sure he wanted to be higher up,” said Vettel. “It’s a bit of a surprise, they have been very competitive here for the last few years.

“I’m not too interested in the results today, in the race lots of things can happen. In terms of race pace and tyre wear they will be stronger tomorrow and if everything goes to plan, they will finish higher up than 10th. Anything else will be a surprise.”