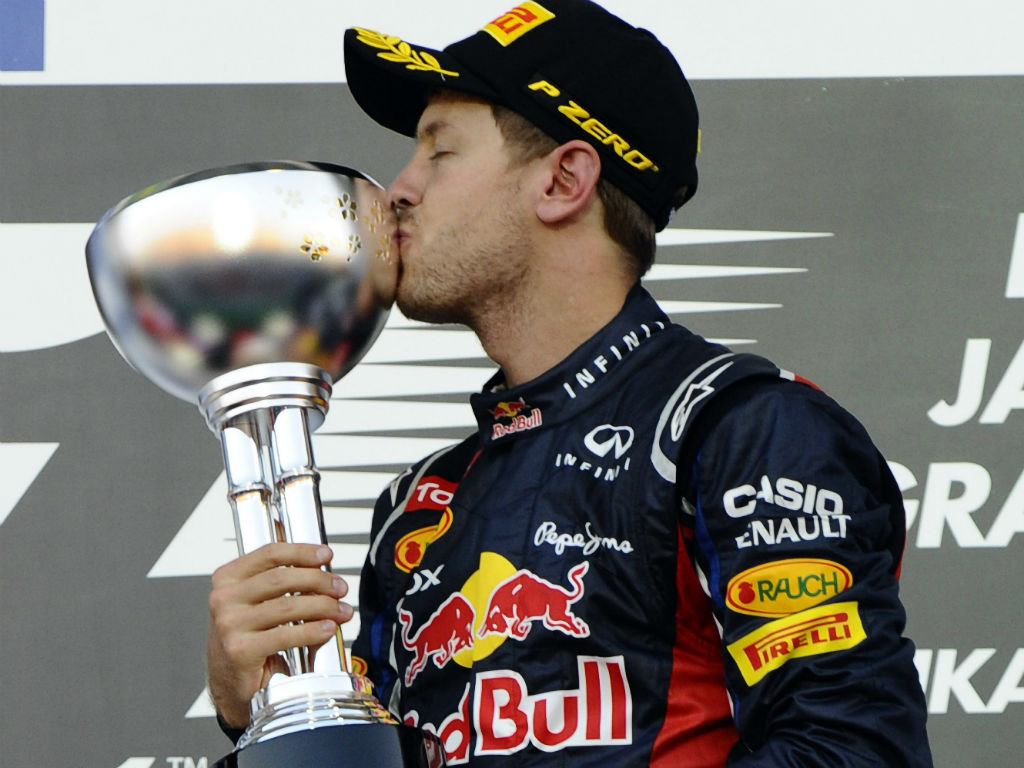 Seb Vettel doesn’t want to get too far ahead of himself after his win in Japan, but he knows the victory has well and truly reignited the battle for the title…

Sebastian Vettel doesn’t want to get too far ahead of himself following his win in Japan, but he knows the victory has well and truly reignited the battle for the title.

With Fernando Alonso crashing out on the first lap at Suzuka, the Red Bull driver finds himself just four points behind the Spaniard with another five races left in the season.

Although delighted with the result, Vettel is quick to point out that it has been a “crazy” season and anything can still happen.

“It was an important step today [in the Championship] but there is still a long way to go,” he said.

“Look at the last couple of races and since Spa – it’s been very much up and down. We don’t know what will happen in the next race but let’s try and take the points. It’s been a long season with crazy racing.”

The German’s cause in Japan was no doubt helped by Kimi Raikkonen after a nudge from the Lotus driver resulted in a puncture and DNF for Alonso.

Vettel, though, says he only realised halfway through the race that his main rival for the title was taken out on the first lap.

“I saw the Safety Car at the beginning but I had a very good start and that was very important,” he said.

“I knew behind me there was a crash and I saw a Ferrari was out but wasn’t sure which. Halfway through I was looking to see the others and I saw their [Ferrari] car still racing Felipe, I didn’t know what happened to Fernando.”

Vettel and Red Bull were certainly in a class of their own at Suzuka as he not only started on the pole, but he also finished 20.6seconds ahead of second-placed man Felipe Massa.

“Thank you. The atmosphere has been unbelievable all weekend. There has been so much support, the stands have been full and that really makes our job feel very special,” he said.

“Thanks to the team, all the guys pushed so hard. When you’re dreaming at night, you dream one day about racing a car like that. The balance was so good and that’s why there was a gap to behind. I’m very happy.”