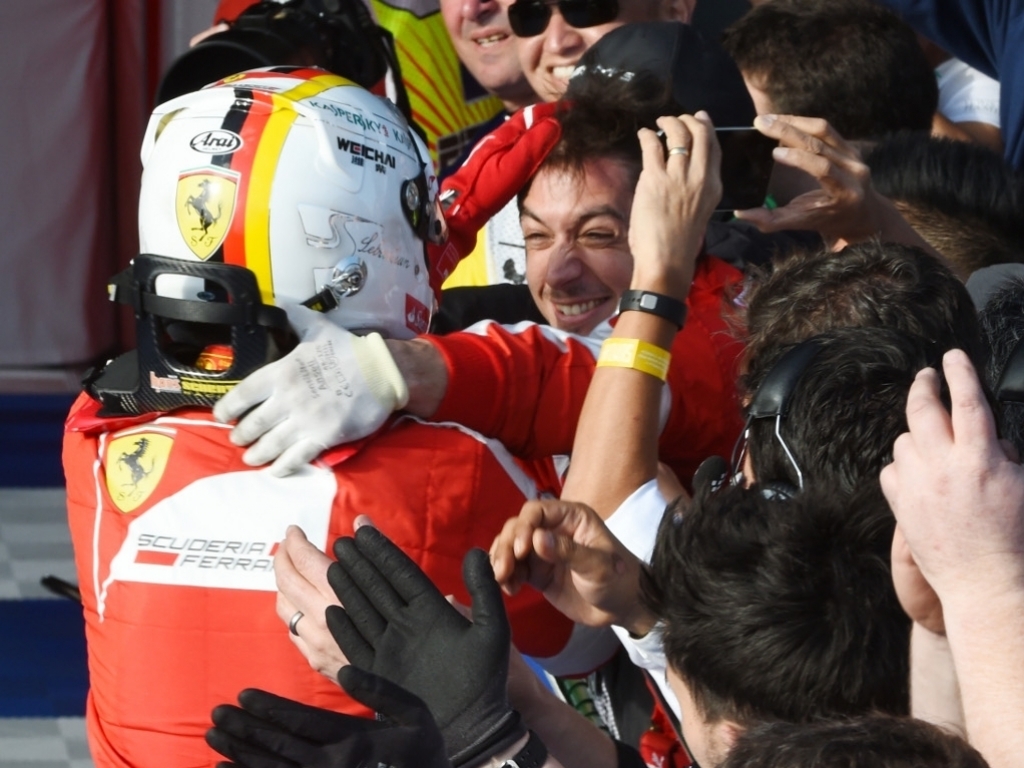 Sebastian Vettel started life as a Ferrari driver with a podium finish in Australia and declared "it felt like a victory".

The four-time World Champion, who joined the Italian outfit following Fernando Alonso's decision to leave, finished third behind the Mercedes cars of Lewis Hamilton and Nico Rosberg at Albert Park on Sunday.

Starting fourth on the grid, Vettel knew he was never going to catch the pacesetting Mercs, but the Scuderia used the undercut to get ahead of Felipe Massa in the Williams during their only pit stop of the afternoon.

Being on the podium in his maiden race for Ferrari was always going to be special for the German.

Speaking during the podium interviews Vettel said: "It feels great, it's a big honour to be up here for Ferrari, and I'm very happy to have a great start to the season after a good winter.

"We've had a great winter and I said to the guys thanks very much. I'm very proud, there's a lot of work ahead to beat these two and Mercedes."

Following their 2014 nightmare during which they failed to win a single race and scored only two podiums, Ferrari made plenty of changes during the off-season and it looks like they reaping the rewards.

"It’s not a victory, but for us it feels like a victory after a horrible season last year," Vettel added later in the press conference.

"To know the car is working, the people have done a great job on the chassis and engine side."